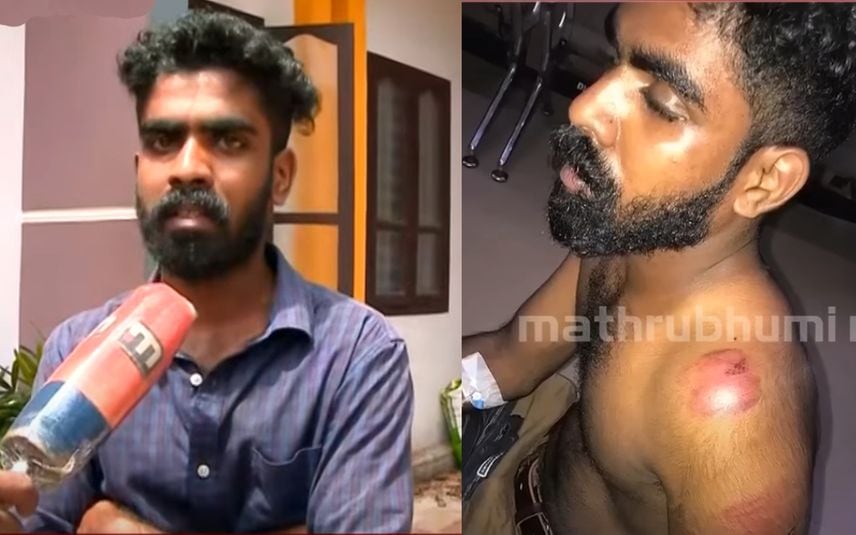 Kollam: Kerala police on Thursday suspended four cops, including circle inspector Vinod, who allegedly tortured two brothers under custody. A departmental probe has been initiated against them. The other accused are sub-inspector Aneesh, senior CPOs Prakash Chandran and VR Dileep.

According to the complainant Vignesh, he was summoned to the station by police on August 26 to bail an accused nabbed in an MDMA case. Vignesh refused it. Meanwhile, his brother arrived at the station. A quarrel between them and an officer eventually ended up with police slapping the brothers with charges of attacking police officials.

Vignesh alleged that the police tortured them for hours. They were remanded for 12 days. However, police claimed that the brothers unleashed attacks against the cops.

Soldier hits policeman for refusing to ...

South zone DIG R Nishanthini had sought a report from Kollam city police commissioner Merin Joseph under the directions of the Director General of Police and the commissioner’s report had confirmed custodial torture. Further actions are likely after a detailed departmental probe.