The doctor said that taking all the conditions that led to the incident, it cannot be taken that Uthra died due to snake biting her naturally. 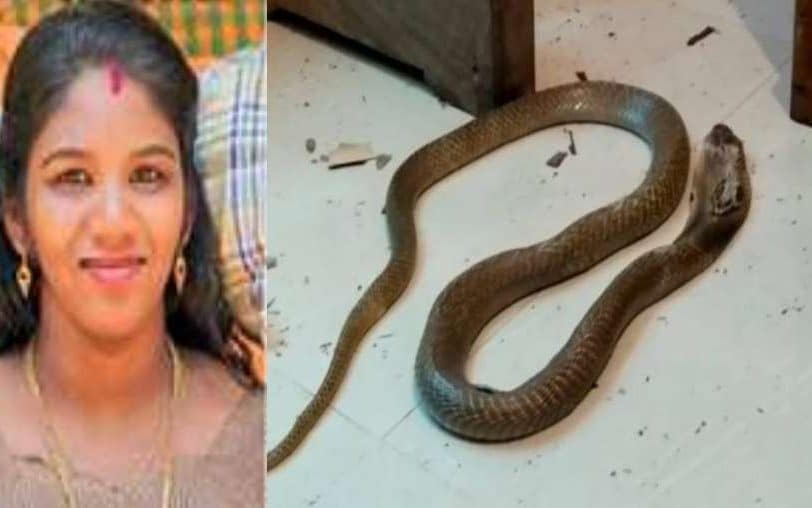 Kollam: Kottayam Forest Veterinary assistant officer Dr J Kishore Kumar in a statement given to the court said that Uthra’s death due to snakebite is unnatural.

The snake that was used to kill Uthra was a cobra and it is known to be ungenerous in giving out its venom. The doctor said that one cannot believe that the cobra was made to sting a person twice at the same spot. When the cobra stung the victim during the second time, the victim’s hands did not move.

The doctor also explained that the window through which the cobra entered must lie at a height thrice the length of the cobra. Even during the first time when Uthra was stung by a viper, one cannot believe that the snake entered the room situated at the second floor. The doctor said that taking all the conditions that led to the incident, it cannot be taken that Uthra died due to snake biting her naturally.

Dr Jahariya Haneef of the Adoor general hospital who examined Uthra when she was bitten by viper at the first time said that her husband failed to give a convincing reply when asked about the delay in bringing his wife to hospital. She said that Uthra was crying in pain and was given first aid and referred to another hospital.

Dr Jeena Khader of Anchal St Johns hospital, in a statement given to the police, said that when Uthra was writhing in pain her husband had said casually that something bit her inside their room and just walked off. On examining Uthra, no possibility of life could be seen. Two bite marks were seen on Uthra’s hands.

Uthra’s mother told the doctor that she was bitten by a viper earlier and those marks were of that bite. When Uthra’s father was told about his daughter’s death, they said it was a cobra that bit her. On Tuesday, the court will examine the witnesses.