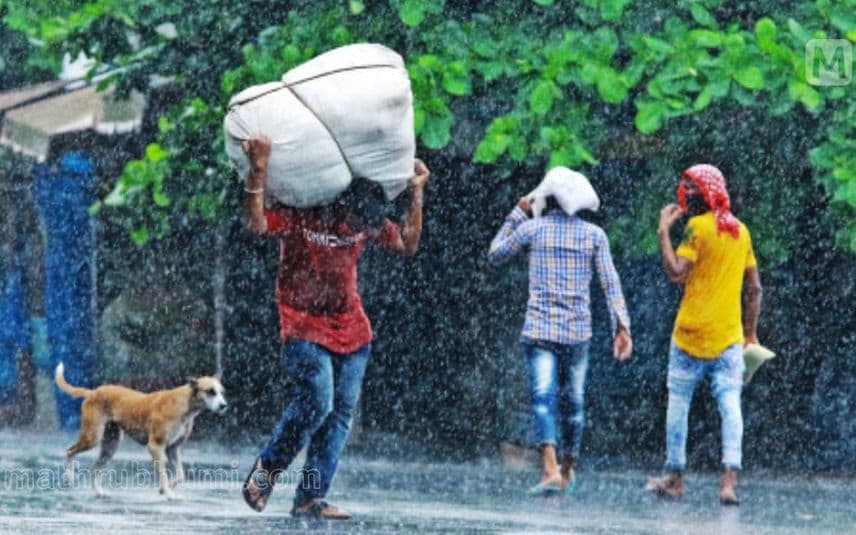 Alappuzha: Following the two cyclones within one week, Kerala received record-breaking rainfall. Cyclone Tauktae which was formed in the Arabian Sea and Cyclone Yaas in the Bay of Bengal resulted in about 362.9 millimetre rainfall on an average in Kerala within 6 days.

Pathanamthitta district received the highest rainfall with 539 millimetres. Kottayam and Ernakulam are close with 477.2 mm and 469.9 mm respectively. Lowest rainfall was experienced in Wayanad (208.4 mm) and Kasaragod (210.3 mm).

The average rainfall expected in the state from May 1 to 31 is 223.7 mm. However, the state has already received 548.3 mm rain. Heavy rain due to cyclones formed in the Arabian Sea has become a common phenomenon in the state now.

Earlier, the cyclones used to affect Gujarat, Gulf and Pakistan regions. Cyclones in the Bay of Bengal commonly affect Kerala. The number of cyclones in the Arabian Sea seems to increase recently and result in heavy rainfall in Kerala, said meteorologist Rajeev Erikkulam.

Cyclone Tauktae's influence remained for four days from May 13 to 16. There was 268 mm rainfall as a result of this. Due to Cyclone Yaas, 94.9 mm rainfall was received for 2 days from May 25 to 26. Tauktae caused highest rainfall in Ernakulam district (323.8 mm) and Yaas resulted in heavy rain in Pathanamthitta (205.6 mm).

The India Meteorological Department (IMD) has informed that monsoon will reach by May 31 this year. The earliest southwest monsoon occurred on May 11, 1918. The latest ever monsoon was recorded on June 18 in 1972. During the period between 2000 and 2020, the monsoon came early in 2009 - May 23.