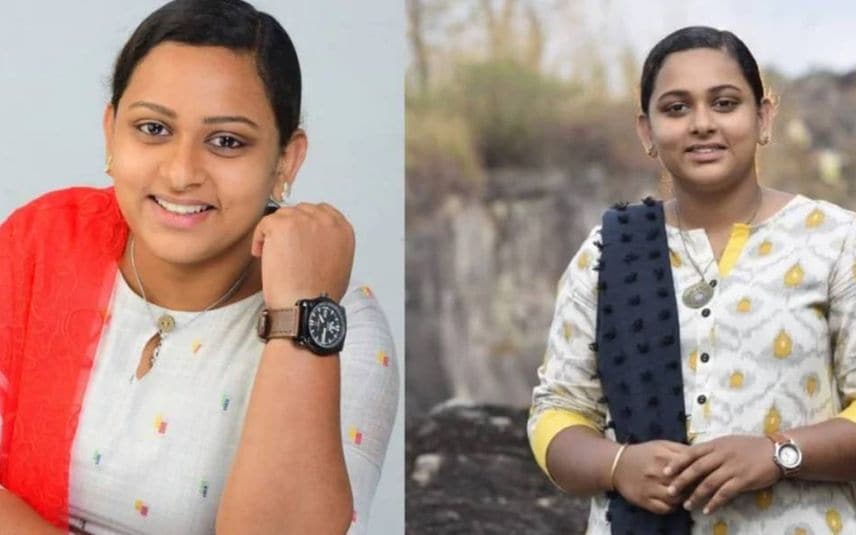 Pathanamthitta: Soon after the news of 21-year-old Arya Rajendran becoming the Mayor of Thiruvananthapuram municipality, the CPM has again stunned everyone by electing another 21-year-old as the panchayat president. Reshma Mariam Roy, who was the youngest candidate to contest in the local body election, will become the president of the Aruvappulam panchayat in Pathanamthitta.

CPM Konni Area Secretary Shyamlal told mathrubhumi.com that Reshma was elected as the panchayat president considering her leadership ability. The decision will soon be conveyed to Reshma officially at the party meet, he added.

Reshma won the local body election from ward 11 of Aruvappulam panchayat. The sitting seat of UDF was snatched by the CPM candidate by a majority of 70 votes.

Reshma made headlines as the youngest candidate. She turned 21 on November 18, 2020 and flied the nomination paper on November 19, 2020 the last day for the same.

Reshma is the daughter of Roy P Mathew, a timber trader and Mini Roy, an employee at St Stephens College. Robin Mathew Roy is her brother.

Meanwhile, Reshma responded that the party has not officially informed her of the selection as panchayat president.