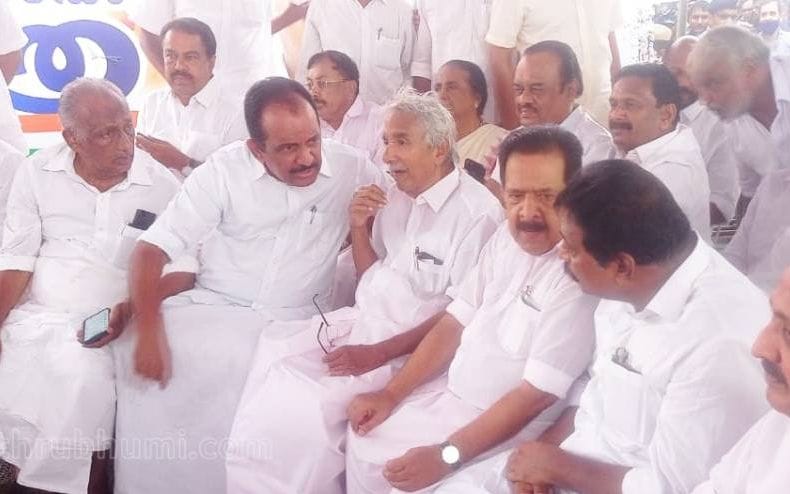 Thiruvananthapuram: Polling for the Congress president's post commenced at 10 AM at the KPCC state headquarters here where 310 Congress delegates from Kerala are expected to cast their vote on Monday either for Shashi Tharoor or Mallikarjun Kharge for the party chief's position.

While many of the senior leaders from Kerala, the home turf of Tharoor, have openly declared their support for Kharge, the MP from Thiruvananthapuram has claimed that he has support of the youth leaders and party workers.

Senior party leaders like Kerala Pradesh Congress Committee (KPCC) chief K Sudhakaran, V D Satheesan, Ramesh Chennithala and K Muraleedharan have said that Kharge was better suited for the party president post as he has risen through the ranks and was more experienced than Tharoor.

Tharoor, who has made an aggressive bid for the party's top post, during the poll campaign had on many occasions said that the Congress leaders in Kerala appeared to be against him.

This was refuted by the senior party leaders in Kerala who said that they are not opposed to Tharoor.

The Thiruvananthapuram MP had also claimed that Congress leader Rahul Gandhi was asked to coax him into withdrawing his candidature.The polling for the Congress presidential election would conclude at 4 PM.The counting of votes would be taken up on October 19 and the results are expected the same day.

More than 9,000 Pradesh Congress Committee (PCC) delegates from across the country are expected to cast their votes during the day.