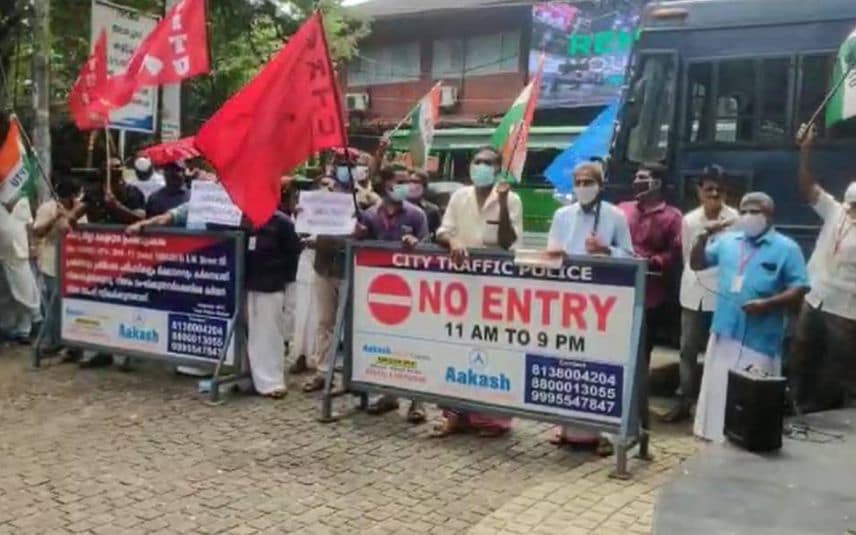 Protest of street vendors at SM Street in Kozhikode

Kozhikode: Street vendors fought with police at Kozhikode SM street on Monday as they were not allowed to open shops despite relaxations to the Covid-19 regulations were in place.

More than a hundred street vendors have license to do business at SM street. Police who are struggling to control the crowd at the busiest street in the town, opposed them opening the shops. Police feared more people would crowd in the streets.

The vendors were threatened to be evicted forcefully if they opened the shops defying the order. Shop owners protested against the decision.

Police do not rise this objection anywhere else in the city. Customers don’t come here exclusively for purchasing from shops. They just visit our places too when coming for shopping, the vendors said.

The government had declared relaxations to the Covid-19 regulations ahead of Bakrid following the protest by the traders.