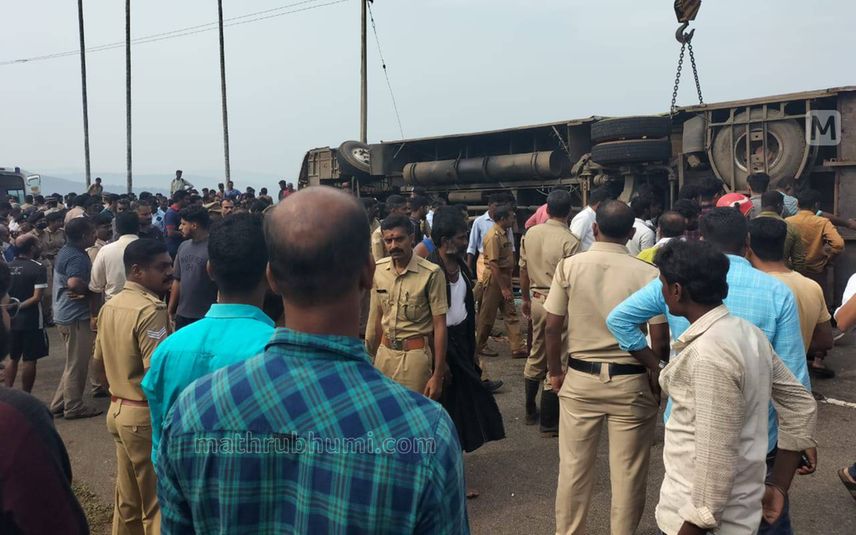 Pathanamthitta: A bus carrying Sabarimala devotees from Andhra Pradesh met with an accident near Laha in Pathanamthitta. The bus, which lost control, fell into the roadside on Saturday morning. Fortunately, the bus didn't fall into the nearby gorge.

As many as 12 pilgrims were admitted to a hospital in Perunad, while three persons were taken to the General Hospital in Pathanamthitta. It is learned that the condition of a child remains critical.

It took hours to rescue three passengers who were trapped under the bus.