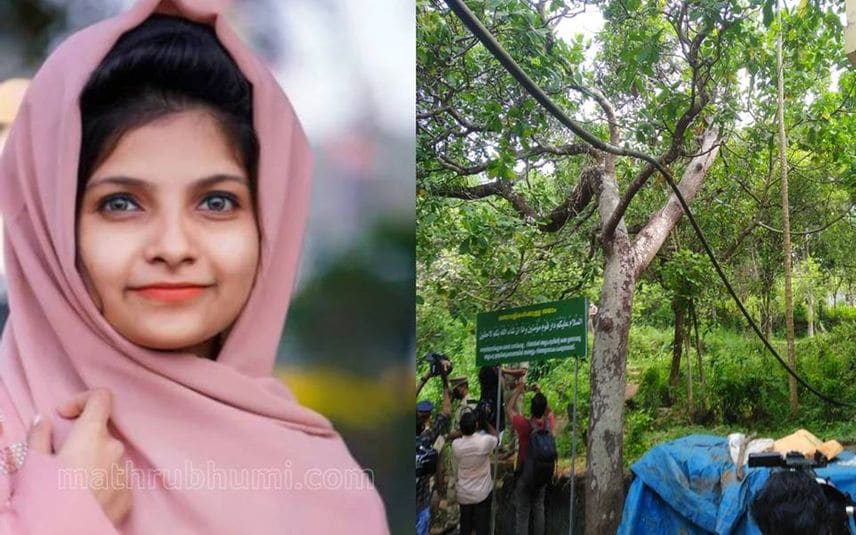 Kozhikode: The probe team unravelling the mystery behind the death of Rifa Mehnu, a Malayali vlogger in Dubai, exhumed the body on Saturday. It is learnt that the body is in proper form without any deterioration.

Rifa Mehnu, 21, a Malayalee YouTuber and vlogger, was found dead at her flat in Dubai on March 1. The investigating officials of Dubai were not able to conclude the reason behind the alleged suicide of Rifa. The body, which was brought from Dubai, was buried here. Rifa’s family had alleged that her husband and his family members had deceived them claiming the post-mortem was done in Dubai. They mentioned the same to Kerala Police too. The probe team sought the nod of Revenue Divisional Officer (RDO) to exhume the body.

A team of forensic experts and police officials reached the burial ground at Pavandoor Juma Masjid, where the deceased has been laid to rest. The exhumation progressed under the supervision of the tehsildar, while sub collector too was present. The inquest procedures were completed. Reports said that the body is in proper form as embalming prevented further deterioration. The officials had made special arrangements for conducting the autopsy in the premises itself. However, as the body was found in a proper form, the officials decided to conduct the autopsy at Kozhikode medical college. It is learnt that the body will be buried today itself, once the procedure is over.

Rifa’s family keep fingers crossed and believe the mystery will come out once the autopsy is completed.

Meanwhile, police had booked Rifa’s husband Mehnaz, a native of Kasaragod, the other day. He has been charged under relevant sections for physical and mental torture and abetment to suicide. According to Rifa’s family, she had no reason to commit suicide. Hours before Rifa was found dead, she had a video chat with her parents along with her two-year-old son from her workplace. Only the next day, the family came to know about her death.