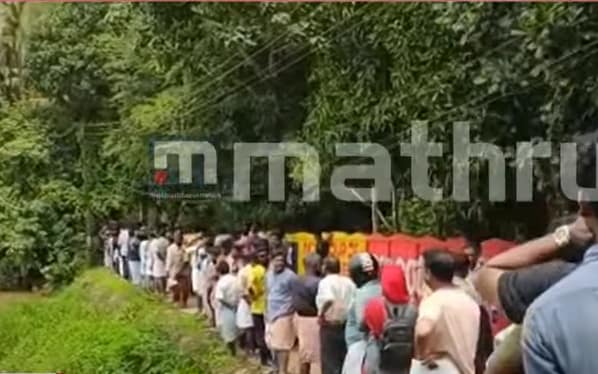 People gathered at the scene / Photo: Screengrab of Mathrubhumi news

Thrissur: A woman and her three-year-old baby were found dead in the river near Koombuzha bridge in Thrissur’s Kechery on Tuesday.

The deceased are Chiranellur native Hasna (31) and son Rana, who had speaking and hearing issues.

The boy was found tied to mother’s body. Reports said the woman and son left the home around 10:30 AM.

The woman had informed the mother that she would go to the village office after taking the child to anganwadi. However, according to anganwadi workers, the boy did not reach the institution.

It is assumed that Hasna jumped off to the river after attaching the boy to her body.

The police have initiated a probe over the matter.