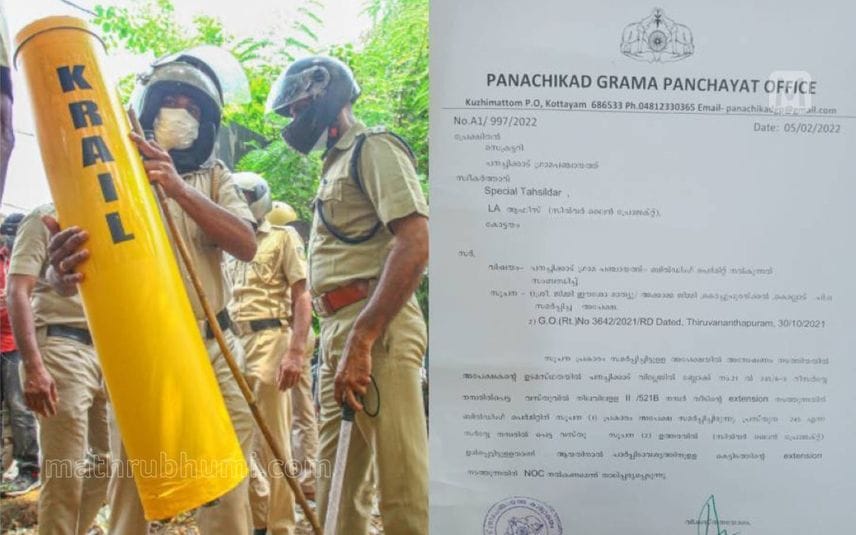 Panchikadu: A house owner, who was denied permission to repair his house in Kottayam, citing its proximity to the land identified for the SilverLine project, has finally received clearance. Jimmy Mathew of Panachikkad was permitted to build the upper floor of his house through an order issued by the panchayat secretary on Wednesday.

His house, located 70 meters away from the proposed land for the K-Rail project, was way beyond the 10-meter buffer zone announced by the government. However, when he approached the panchayath, they told him they couldn't grant permission. Further, his application was forwarded to the Special Thahasildar for approval.

When inquired at Thahasildar's office, it was learned that the application was sent to Thiruvananthapuram. The family has approached several government offices to find a solution to the problem for the last five months. In the wake of public outcry, the panchayath shifted from their earlier stand and allowed the construction.