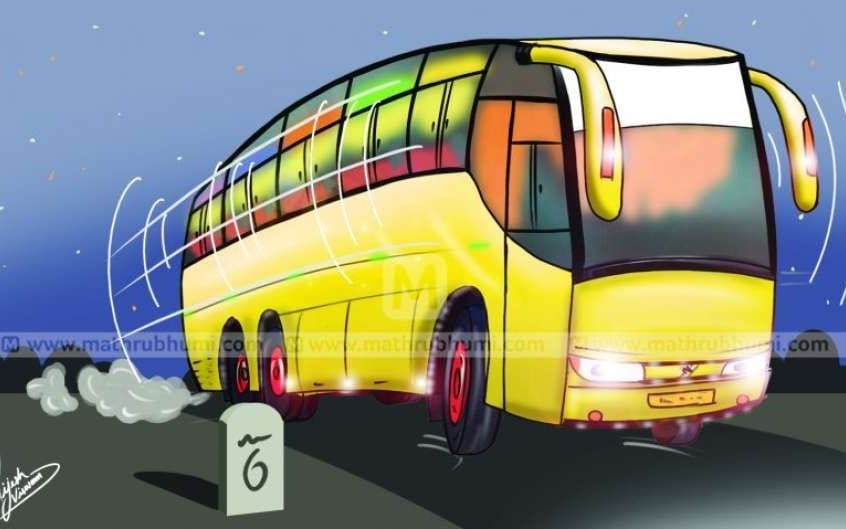 Thiruvananathapuram: In a major move to curb modifications, tourist buses in the state have been directed to change its colour to white and follow a uniform colour code. The bus owners were asked to comply with the order before June. Earlier, January was decided the deadline to introduce a uniform colour. However, this was scrapped after the covid pandemic intensified across the state.

Meanwhile, cars and taxi cabs (mini vans) are excluded from this new colour code. Vehicles that carry 20 passengers, including the driver, do not need to change the colour.

The State Transport Authority, which met on January 9, 2020, had decided to impose a uniform colour following an unhealthy competition between bus owners over modifications.

As per the new order, tourist buses appearing for fitness tests must switch to white, after June 1. Violet, metallic and gold coloured ribbons of certain sizes are allowed.

Further, certain guidelines are also issued for writing names in front of bus. The name is allowed in white in 12 inches. The operator's name can be written on the rear of the bus following the specified size. However, no colours or other writings are permitted.

CBI cases against MPs, MLAs in last 5 years: AP, UP, Kerala among others ...