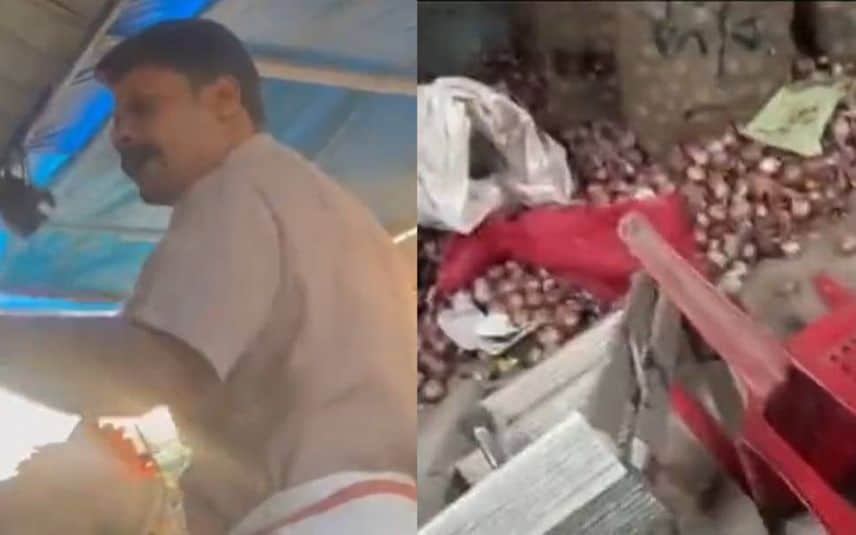 Kollam: As the Bharat Jodo Yatra of Congress led by Rahul Gandhi proceeds through Kollam in Kerala, the party suspended three of its workers who unleashed attack on vendors demanding funds for the yatra. KPCC president K Sudhakaran tweeted that the incident was “unacceptable” and condemned the act saying it does not represent our ideology.

A video showing a gang of men, some holding posters of Bharat Jodo Yatra, created ruckus in front of a vegetable store demanding money in Kollam. It has been alleged that the party workers asked for Rs 2000 when the vendor offered them only Rs 500. The group comprising Youth Congress general secretary H Aneesh Khan threatened that no one would go alive without contributing the amount for the yatra. Following this incident, the vendor lodged a complaint against the party workers at Kunnicode police station here.

Bharat Jodo Yatra, which entered Kerala on September 10 evening, would traverse through the state covering 450 km, touching seven districts over a period of 19 days before entering Karnataka on October 1.