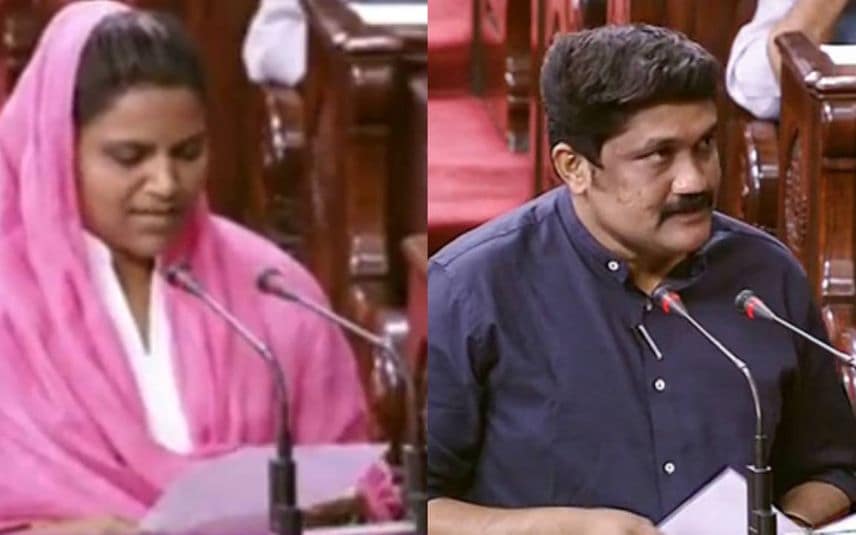 BJP's Konyak is the Mahila Morcha president of BJP's Nagaland unit. It is pertinent to mention that Konyak has become the first woman MP and the first Rajya Sabha MP for the BJP from Nagaland.

An Ahom from Upper Assam, Margarita is the member secretary of the State Level Advisory Committee (SLAC) for Student and Youth Welfare of the Assam Government.

UPPL's candidate Narzary is the president of UPPL while also being the chairman of the Kajalgaon Municipal Board. Narzary was also the former ABSU (All Bodoland Students Union) president and is known to have played a key role in the signing of the 'Third Bodo Peace Accord'.
While, CPM's A A Rahim is the national president of the Democratic Youth Federation of India (DYFI).

Congress' Jebi Mather Hisham is a vice-chairperson of the Aluva municipality and president of the State Mahila Congress.

CPI's Santhosh Kumar is currently the CPI Kannur District Secretary and a member of the CPI State Council.
(ANI)