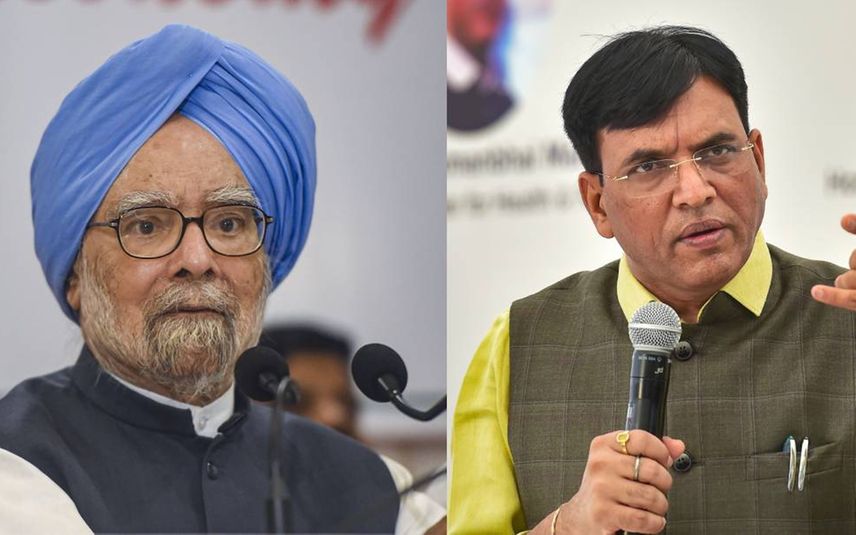 New Delhi: The Congress on Friday slammed Union Health Minister Mansukh Mandaviya for allegedly getting a photographer while visiting former prime minister Manmohan Singh at the All India Institute of Medical Sciences, saying that for the BJP people everything is about a "photo op".

The party also demanded that the health minister apologise.

The Congress' attack came after former prime minister Manmohan Singh's daughter, Daman Singh, accused the minister of getting a photographer against the wishes of the family.

Daman Singh told ThePrint that her mother was very upset because a photographer had entered the room along with the minister. But when she insisted that the photographer leave the room, "she was completely ignored".

"She was very upset. My parents are trying to cope in a difficult situation. They are elderly people. Not animals in a zoo," Daman Singh said.

Congress' chief spokesperson Randeep Surjewala said for the BJP people everything is a "photo op".

"Everything is a ‘Photo Op' for BJP. Shame on health minister, who made a visit to meet former PM in AIIMS, a ugly ‘PR Stunt'," he said in a tweet.

Congress leader Manickam Tagore said the minister's actions were a "serious breach of privacy" and asked why Mandviya walked in with cameras.

"When former PM Vajpayee was in hospital whether we got pictures from AIIMS? It's crime @crpfindia must answer? AIIMS must answer?" Tagore tweeted.

Tagore said he will write to President Ram Nath Kovind to ask Prime Minister Narendra Modi and his ministers to stop these "petty things".

Another senior Congress leader Abhishek Singhvi said, "I know you all are concerned about the health of former PM Manmohan Singh but kindly do stop sharing photos of him from his hospital bed. It's invasion of his and his family's privacy and not good conduct in any way."

Congress leader Salman Anees Soz said that when the Union Health Minister visited Manmohan Singh at AIIMS, his photographer went inside over the objections of the family.

"How distasteful is this propaganda regime?" he said.

Daman Singh said her parents had expressly insisted that visitors be restricted because her father is suffering from dengue and his immunity is low, and there is the risk of infection.

The former prime minister had contracted COVID-19 in April, at the height of the second wave in Delhi, despite two doses of the vaccine.

"It was nice of the health minister to visit and express his concern," Daman Singh said, adding, "However, my parents were in no state to be photographed at the time."

Manmohan Singh was admitted to the All India Institute of Medical Sciences (AIIMS) here on Wednesday evening after he complained of weakness following fever.

The 89-year-old former prime minister has been admitted to a private ward in the cardio-neuro centre of the hospital and is under the care of a team of cardiologists led by Dr Nitish Naik. PTI