The Delhi Police has registered 254 FIRs and arrested or detained 903 persons in connection with the northeast Delhi violence, a senior officer said on Sunday. 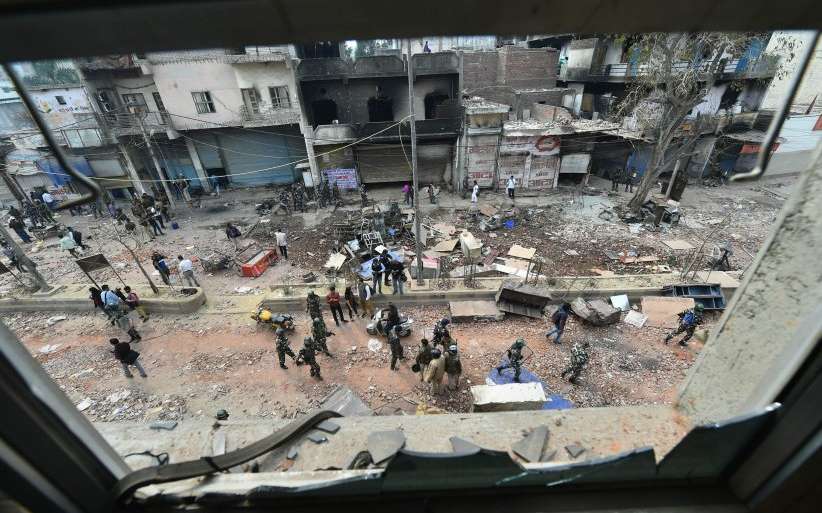 Officials and residents near a building damaged in Delhi riots (File Photo: PTI)

The death toll is likely to rise as most several among the 250 persons undergoing treatment at various hospitals remain in critical condition. The grievously injured include those who sustained bullet wounds and head injuries.

Residents expressed concern that more bodies are to be recovered. Locals also feared that more dead bodies could be trapped under the remains of damaged buildings.

Efforts to clear the debris from the charred buildings is progressing. Stones and other debris on roads have been cleared, corporation officials said.

Relief efforts are also underway. As many as 42 relief camps have been opened. One among the 42 camps is sheltering 42 families. The other camps are working only as night shelters.

Officials are accepting applications for compensation from riot victims.

The Delhi Police has registered 254 FIRs and arrested or detained 903 persons in connection with the northeast Delhi violence, a senior officer said on Sunday.

Forty-one of the cases were registered under the Arms Act, they said.

According to police, they did not receive any PCR calls of rioting in the last four days. The situation in the riot-affected areas is under control, a senior police official said.

New Delhi/Kozhikode:The Ramzan moon was sighted this evening and Muslims in India will begin fasting from Sunday.Muslim community in Kerala will also observe ..

BJP full of arrogance, give chance to AAP in Gujarat: Kejriwal

Ahmedabad:Delhi Chief Minister Arvind Kejriwal and his Punjab counterpart Bhagwant Mann on Saturday started on a roadshow in Ahmedabad city after appealing ..

Pala: A Malayali woman died after being injured in a car accident in Canada. The deceased has been identified as Shilpa Babu (44) of Mariyapuram, Pala, ..

3 held for attacking Inspector in Kollam