Science and Technology Minister Jitendra Singh will launch the commemoration, titled 'Vigyan Sarvatra Pujyate', which will be held simultaneously at 75 locations across the country to bring to the fore stories of scientists responsible for the country's strides in the sector. 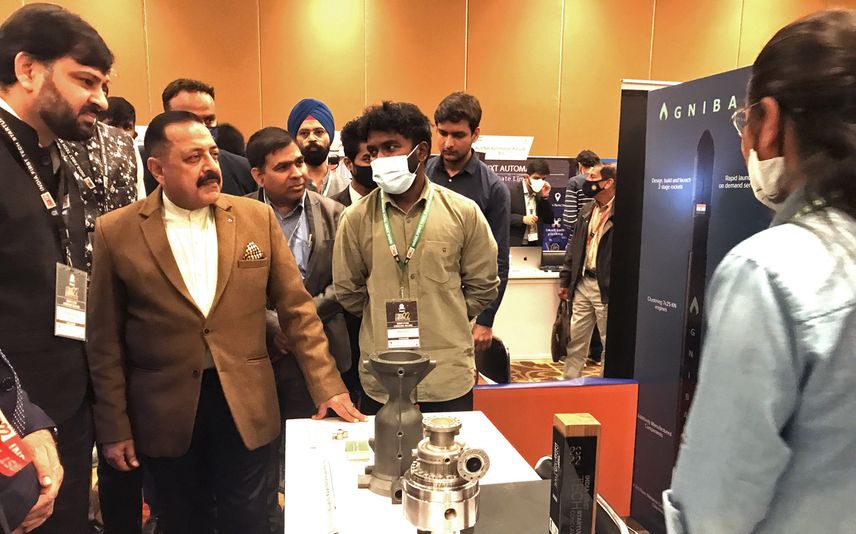 New Delhi: India's achievements in the field of science and technology and participation in futuristic mega science projects will be the highlight during week-long celebrations beginning Tuesday.

Science and Technology Minister Jitendra Singh will launch the commemoration, titled 'Vigyan Sarvatra Pujyate', which will be held simultaneously at 75 locations across the country to bring to the fore stories of scientists responsible for the country's strides in the sector.

The event, part of Azadi ka Amrit Mahotsav celebrations, would display the country's scientific legacy and technology prowess that has helped find solutions to defence, space, health, agriculture, astronomy, and other sectors, an official statement said.

A science and technology mega expo, National Science Book Fair will be held at the Jawaharlal Nehru Stadium in the national capital.

The programmes have been grouped under four themes -- from the annals of the history of S&T, milestones of modern S&T, swadeshi paramparik inventions and innovations, and transforming India.

The 'transforming India' theme will look at the road ahead for the next 25 years, featuring talks by 75 eminent scientists and technocrats on their ideas for Indian S&T as it marches towards the centenary year of India's independence, the official statement said.

The theme 'Milestones of Modern S&T' will highlight critical discoveries, innovations, or inventions that made a mark in the global science or India's development story.

The theme 'Swadeshi Paramparik Inventions and Innovations' will showcase 75 inventions or technologies that helped in achieving the goal of self-reliance by drawing upon the reservoir of traditional knowledge systems such as drugs from herbs.

Several competitions, including quiz programmes, essay, poster, and poetry contests are also being held to promote scientific temper, particularly among the youth.

The programme will be held in various Indian languages, including Kashmiri, Dogri, Punjabi, Gujarati, Marathi, Kannada, Malayalam, Tamil, Telugu, Odiya, Bengali, Assamese, Nepali, Maithili, and Manipur and will include the screening of 75 films.

The valedictory function will coincide with National Science Day on February 28.

Single app connecting all traffic facilities to be launched soon