Vikram cherishes a lodge in TVM and has taken his family there; Find out why 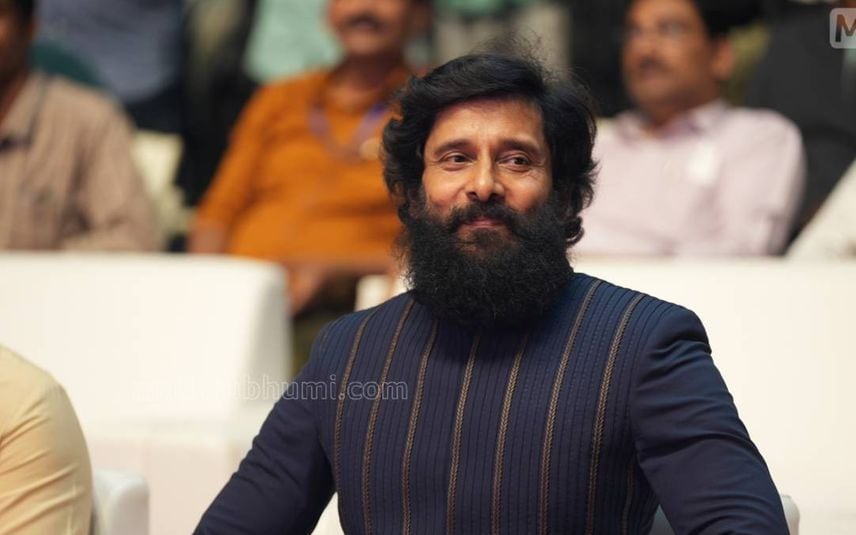 Actor Vikram opened up about his early days in the film industry and sharing screen space with Mollywood Megastar Mammootty in ‘Dhruvam’. The Kollywood star revealed that he wished to take a room in the Pankaj hotel where Mammootty took accommodation during the shooting of ‘Dhruvam’.

The actor recollected his memories related to ‘Dhruvam’ during the Kerala launch of his upcoming movie ‘Ponniyin Selvan’ directed by Mani Ratnam in Thiruvananthapuram.

“I reached Thiruvanthapuram with the hope to act in movies. I stayed at a small lodge here during those days. Today, I stay in a luxury hotel. The old lodge where I took accommodation while acting in movies like ‘Dhruvam’ is still here. Once, I took my family to the lodge cherishing my nostalgia for the place. For me, Thiruvananthapuram is a place of memories,” said Vikram.

He also shared his memories of ‘Dhruvam’.

“Joshy sir offered me the role in ‘Dhruvam’ after seeing my photo in a Tamil magazine. Thiruvananthapuram was the location of the movie. I used to take a morning walk through MG road daily. Once, a street vendor identified me and called me ‘Vikram’. I still remember the man who waved his hands at me while passing by me. Though I didn’t do many films in Malayalam, I’m grateful to the Kerala audience for their love and support,” added Vikram.

Appa didn't have a heart attack, we are pained to hear such rumours: Dhruv Vikram

Vikram's 'Mahaan' to release on Prime Video in Feb

Vikram cherishes a lodge in TVM and has taken his family there; Find out ...