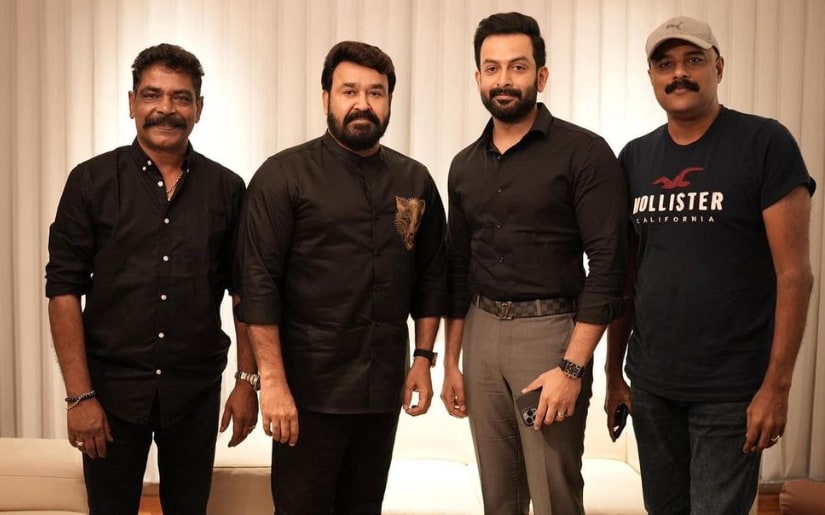 Actor turned director Prithviraj Sukumaran officially announced that sequel to his super hit movie ‘Lucifer’ starring Mohanlal will start rolling soon. The movie titled ‘Empuraan’ will be made in a big canvas compared to ‘Lucifer’.

Prithviraj made the big announcement along with Mohanlal, script writer Murali Gopy and producer Antony Perumbavoor by sharing a video.

“ This is our first step to begin works of ‘Empuraan’. The script is completed and its time to decide on actors and other matters. Today, we are officially starting ‘Empuraan’. I hope we will be able to complete the movie soon,” said Prithviraj.

Talking about ‘Empuraan’, Mohanlal stated that he hopes to make the movie better then ‘Lucifer’.

“Lucifer was a miracle. Considering its success, we should make ‘Empuraan’ more better. We hope we will succeed in our mission. Foreign countries will be the major locations of the movie.We hope to make the sequel without disappointing you,” said Mohanlal.

Murali Gopy who penned the script revealed that ‘Empuraan’ is a second instalment of a three film series.

Producer Antony Perumbavoor expressed his happiness to be part of Mohanlal’s hit movies.

Earlier, Prithviraj had confirmed that ‘Empuraan’ will not be a mere continuation of the story in ‘Lucifer’. But it will feature a new story connecting ‘Lucifer’.

'Lucifer', which released in 2019 and which marked the directorial debut of actor Prithviraj Sukumaran, emerged a blockbuster in just eight days. It went on to make over Rs 200 crore, making it the highest grossing Malayalam film ever.

Mohanlal on a blessed journey, from Kamakhya’s feet to Brahmaputra river