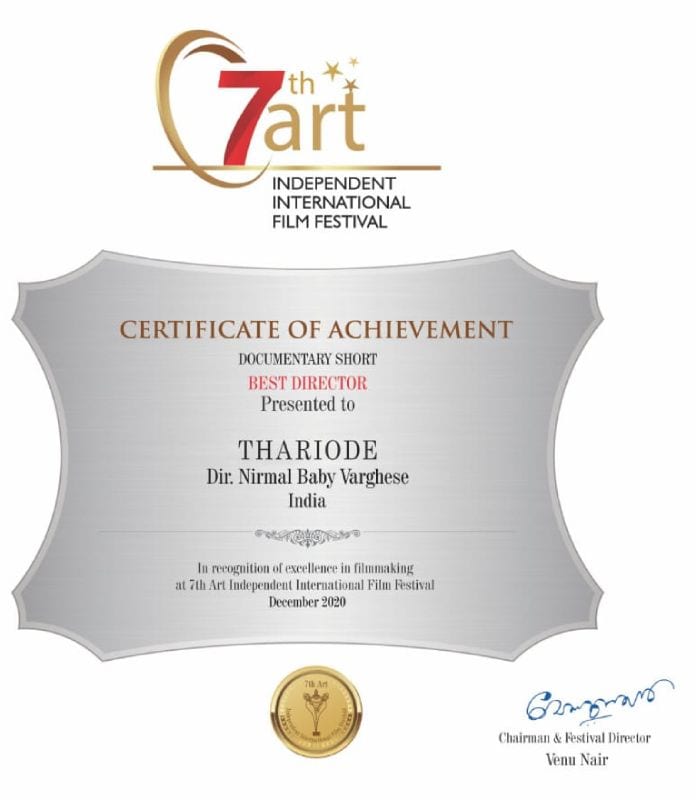 Sanitha A T is the production designer and editing is done by Nirmal Baby. Final mixing is handled by Rajeev Viswambharan. V Nishad, Arun Kumar Panayal and Saran Kumar Bare are the associate directors. Voice over was done by Aliyar. Translation and subtitles were written by Nandalal R. Censor script was managed by C S Ajith.

Currently, Nirmal is working on the post-production of his feature film titled 'Vazhiye'. It is the first found-footage movie in Malayalam. All the actors are debutants and Hollywood music director Evan Evans is the composed songs for this film.