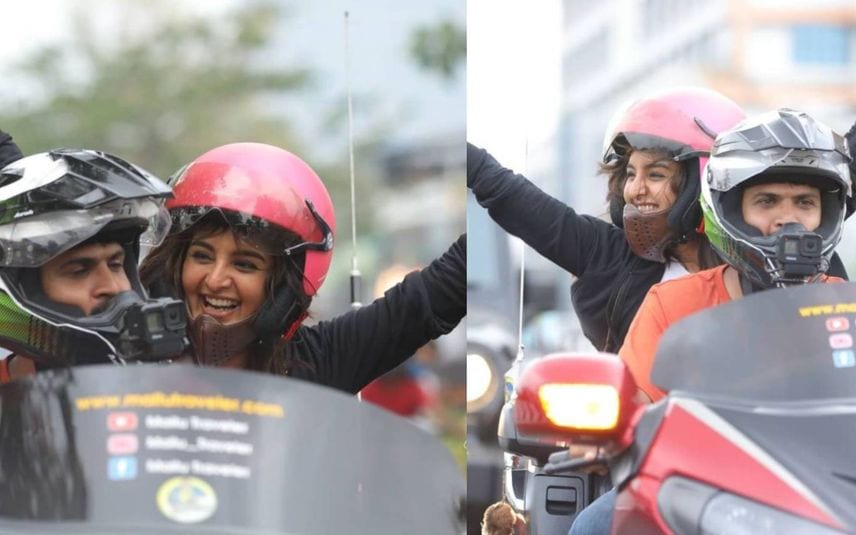 Mollywood star Manju Warrier went for a bike ride with popular YouTuber Shakir Subhan who is better known as ‘Mallu Traveller’. The actress associated with Mallu Traveller as part of the promotion of her latest movie ‘Chathurmukham’.

The video has been trending number 1 on YouTube. Interestingly, the video captured the reaction of the people who noticed Manju on the bike.

Sharing the happiness to have a ride on the expensive bike Honda Goldwing with Mallu Traveller, Manju took to her Instagram page and shared some beautiful pics from the ride.

Chathurmukham was released on April 8. The movie has made headlines as the first techno horror movie in Malayalam.

The movie portrays the story of two friends who are engaged in CCTV business. It is reported that a mobile phone plays a major role in the horror movie. Alencier, Niranjana, Shyamaprasad, Rony David, Sreekanth Murali and Kalabhavan Prajod are playing pivotal roles in the movie.