From fancy lavish celebrations to low-key private affairs, the year 2022 witnessed a number of celebrity weddings in Mollywood. 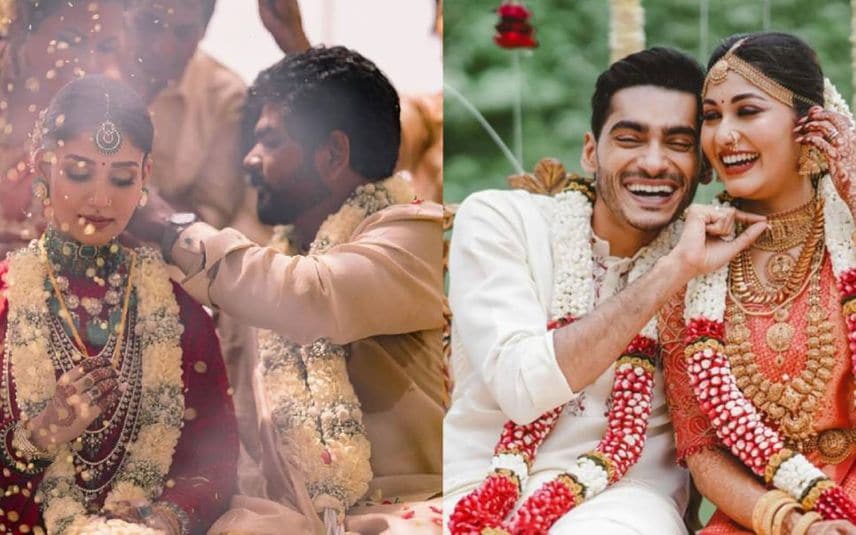 From fancy lavish celebrations to low-key private affairs, the year 2022 witnessed a number of celebrity weddings in Mollywood. Let’s take a look at all the stars who have tied the knot this year.

Malayalam actress Reba John, famous for her roles in movies such as ‘Jacobinte Swargarajyam’ and ‘Forensic’, tied the knot with her long term boyfriend Joemon in an intimate ceremony on January 9, 2022.

‘Operation Java' fame actor Lukam Avaran tied the knot with Jumaima in Malappuram on February 20, 2022. The wedding was held in the presence of close friends and relatives and a grand reception was held for the film fraternity, the next day.

Actress Mythili, who debuted into the Malayalam industry with the Mammooty starrer ‘Paleri Manikyam’, got married to architect Sambath on 28th April at the Guruvayur Temple.

Bangalore-based actress Nikki Galrani, known for her roles in the movie ‘Vellimoonga’, ‘1983’ and ‘Om Shanti Oshana’, got married to her long-time boyfriend and Telugu actor Aadhi Pinisetty on May 18, this year.

Vishak Nair, popularly known by his screen name Kuppi in the movie ‘Anandam’, got married to his long-time girlfriend Jayapriya on June 9, 2022.

Actress Shamna Kasim tied the knot with founder and CEO of Dubai-based JBS group of companies Shanid Asif Ali on October 25 in an elaborate wedding in Dubai.

Tamil and Malayalam actress Manjima Mohan who had started off as a leading child artist in the Malayalam industry got married to Tamil actor Gautham Karthik , who was also her co-star in the movie Devarattam, on November 28, 2022.

Check out these Fashion Trends before the year ends

From fancy lavish celebrations to low-key ...