Fans are disappointed as the old version of ‘Varaha Roopam’, the most popular and controversial song in the movie, has been replaced by a new one owing to the ongoing plagiarism dispute with Kerala-based music band Thaikkudam Bridge. 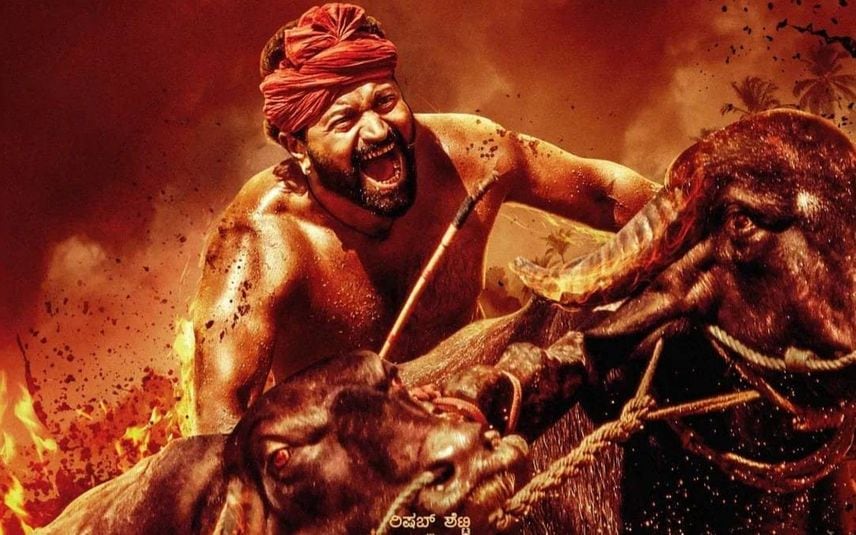 Kannada blockbuster ‘Kantara’, which narrates the rustic tale of a tribal village and its demigod through a fine blend of folklore and tradition, was lauded for its impressive theme, making and performances.

Yet, what stood out most in the movie was ‘Varaha Roopam’ - an alluring track that unfortunately got caught up in controversy after Thaikkudam Bridge, a Kerala-based music band, filed a copyright infringement suit against it, forcing the makers to replace the song in its OTT premiere.

Within hours after the film got released on Amazon Prime on November 24, netizens expressed sheer disappointment saying that the essence of the film was lost. Fans took to Twitter to trend the hashtag ‘BringBackVarahaRoopam’.

Several netizens even began to advise people, who saw the film in theatres, to refrain from watching it on OTT as it's completely lifeless without ‘Varaha Roopam’.

Following the theatre release of ‘Kantara’, Thaikkudam Bridge came up with the allegation that the orchestral arrangement of the song ‘Varaha Roopam’ has been plagiarized from their song ‘Navarasam’ violating the copyright rules.

As the incident sparked a controversy, music director of ‘Kantara’ B Ajaneesh Loknath repudiated the allegations. He claimed that the similarities between the songs were perceived due to the same ‘raga’ used in both songs. However, Thaikkudam Bridge renounced this and cited “blatant infringement of copyright law”.

Through their social media handles, the band informed that the team would resort to legal recourse against the movie and urged public support to defend copyright infringements.

Three days after levelling allegations, Thaikkudam Bridge approached the Kozhikode District Court alleging copyright infringement against the makers. The court intervened and ordered that the song ‘Varaha Roopam’ could not be used without obtaining the consent of the complainant. The court also banned the director of ‘Kantara’, producer, music director, online platforms such as Amazon, YouTube, Spotify, JioSaavn and Wynk from using the song.

On November 2, in another case against the alleged copyright violation, the Palakkad Principal District and Sessions Judge ordered the producer, director of the movie and others from exhibiting, streaming, distributing or communicating to the public the song until further orders. Following this, the makers of the film approached the Kerala High Court.

However, on November 23, the High Court dismissed the petition filed by Hombale Films against the ad-interim injunction orders passed by the two lower courts restraining the use of the song 'Varaha Roopam' in the movie. The court also gave liberty to the petitioner to avail alternate legal remedies.

Many fans are asking the makers to reinstate the song as the film is not the same without it.

Produced under the banner of Hombale Films by Vijay Kiragandur, the action-adventure is written and directed by Rishab Shetty, who also acts in the movie alongside Sapthami Gowda, Kishore Kumar G and Achyuth Kumar in the pivotal roles.

Set in the fictional village of Dakshina Kannada, Kantara follows the character of Shetty, who is playing a Kambala champion, who has a faceoff with an upright Forest Range officer.

With the OTT release, Amazon Prime members can exclusively stream this visual spectacle in Kannada along with Malayalam, Tamil, and Telugu language dubs on the service.

In the past couple of years, many south Indian films like 'Baahubali', 'KGF', 'Pushpa', and now 'Kantara' have got worldwide appreciation for their amazing content.