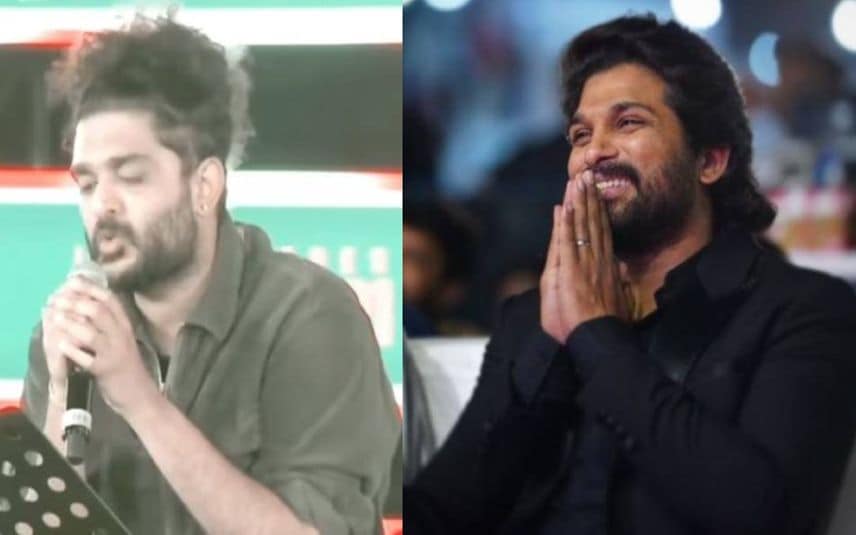 Hyderabad: Sid Sriram, who has become one of the country's most talked-about singers after the success of his 'Srivalli' track for 'Pushpa', was praised by the film's lead actor Allu Arjun as he remembered an event where the crooner belted out the now-famous song without any musical accompaniment.

The absence of music had been caused by a technical glitch, but that did not stop the California-raised, Chennai-based Sriram from continuing with the performance.

This happened before the release of 'Pushpa'. Recalling the event, Allu Arjun took to Twitter to say: "Wanted to write this at leisure. My brother Sid Sriram Garu was singing 'Srivalli' on stage at the pre-release event."

He went on to note: "He started singing without music and I was waiting for the musical instruments to start slowly supporting his vocals. But they didn't. And he kept singing without any music."

Sharing a video of the event, Allu Arjun concluded: "I was blown away. It was sounding so magical I thought in my head ... 'He doesn't need music. HE IS MUSIC."

Overwhelmed by the heartfelt praise, Sriram said: "Brother, I am beyond humbled. So much love! You are a legend and these words mean the world to me."

Pranav Mohanlal is walking from one European country to another, says Vineeth ...