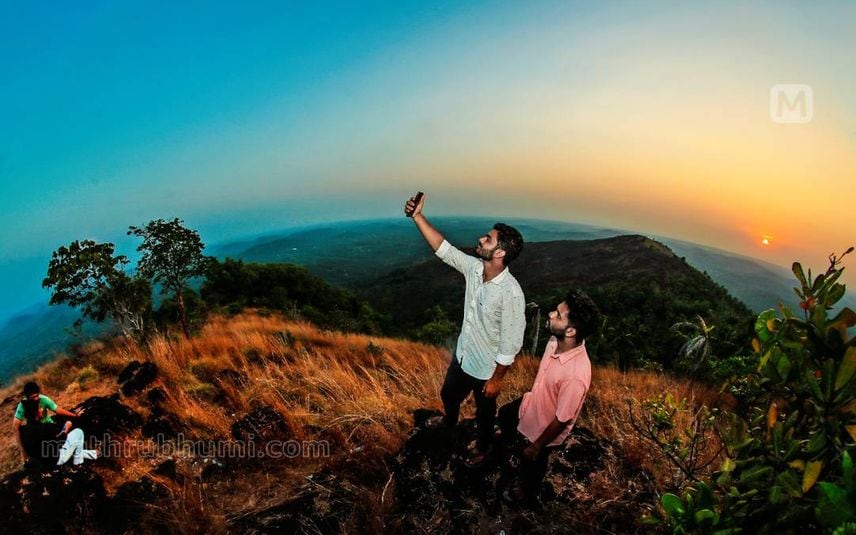 Ponkunnu, a storehouse of a wide variety of biodiversity is being popular as the ‘Meesapulimala’ of Kozhikode. The location which spreads for acres in Kakkoor, Nanmanda and Thalakulathur panchayats, is rich with springs, rare flora and fauna. Ponkunnu, also known as Pookunnu, stands at a height of 1500 feet above sea level.

While relishing the mesmerising beauty of the valleys, the visitors can spot the Arabian sea and Western ghats at the same time. Steep heights and huge boulders make it a site favourable for adventure tourism.

‘Thanneerkundu’, which occupies enough water even during the scorching summer season also astounds the travellers to this beautiful place. The ‘Theerthankara’ stream that originates from the hilltop quenches the thirst of the villages downstream.

A team under the tourism additional director visited the hill to study the scope of tourism in the Ponkunnu hills. In a survey, the Malabar Natural History Society identified 140 varieties of birds, including 34 migratory species here. Endangered birds like the Darter bird, Pallid Harrier, and rare species of hawks were spotted here.

Ponkunnu is only 22 kilometres away from Kozhikode town. Half of the way from Kakkoor to Ponkunnu hill has to be covered by trekking as there are no paths for vehicles here.