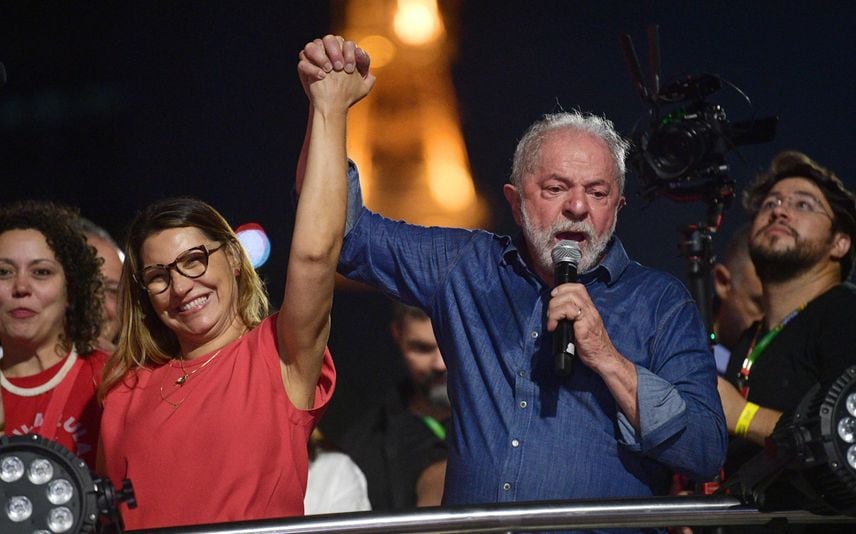 Pink is blooming once again in Latin America. The region, which had been echoing changes in the political sphere, completed the circle with Workers' Party leader Lula da Silva's crucial victory in Brazil.As the Supreme Electoral Court (TSE) declared Lula's victory, right-wing leader Jair Bolsonaro became the country's first incumbent to lose a presidential election, while countries from Mexico to Argentina resonated a regional political shift towards leftism.

Lula's win against Bolsonaro, who is widely seen as a racist, sexist and homophobic, consolidated what has been called the return of 'Pink Tide' in Latin America.

From Chavez to Lula

Historically speaking, the original pink tide occurred during the elections from the late 1990s to 2010s, a period that witnessed the rise of leftist leaders in Latin America. According to an Oxford reference, the term first came into public discourse following the victory of Hugo Chavez in the 1998 Venezuelan presidential polls. Subsequently, the triumphs of leftist leaders Evo Morales in Bolivia (2006), Michelle Bachelet in Chile (2006), and Rafael Correa in Ecuador(2007) among others consolidated the tide. Soon after, left-aligned governments came to power in Brazil, Argentina, Uruguay, Nicaragua and Guatemala.With Chavez's rise to power, Venezuela had become the first Latin American country to throw off US influence since the disintegration of the Soviet empire.However, with years, the tide began to ebb and later lost its momentum with the left's electoral setbacks coupled with the collapse of Venezuela under the Chavista regime.

Yet now, the trend of electing left-leaning, radical, progressive and democratic governments - Pink Tide - is on the rise in Latin America signalling a left revival.So far, numerous Latin American leftists have won the presidential polls reinforcing the new left wave.

The message from Colombia

In June 2022, leftist leader Gustavo Petro, a former guerilla rebel, won the presidential polls in Colombia, one of the most conservative societies in Latin America. It marked the first time a leader of a left-wing coalition grouping (Pacto Historico) was voted to power in the country.

Meanwhile in Chile, Gabriel Boric, a 36-year-old leftist leader (one of the youngest heads of state in the world), won a decisive victory last year.Adding to the list are the Socialist party's victory in the 2020 Bolivian polls, the triumph of Alberto Fernandez in Argentina, Pedro Castillo in Peru, Andres Obrador in Mexico and Xiomara Castro in Honduras, evidently hinting the reappearance of a pink tide. Currently, only a few like Guatemala and Paraguay are under the right-wing rule.

Many believe that the mismanagement of Covid-19 pandemic, slow economic recovery, rising inflation and failure to identify popular frustration are the immediate reasons for the shift in tides.

Is it really a Communist wave?

One cannot completely describe the shift as something purely rooted in Communism or left ideology. Experts argue that the wind of change blew as the common people, who were tired of conventional politics and politicians, pined for a change.

According to political analyst Michael Shifter of the Inter-American Dialogue, the current turn of events does not indicate a shift in ideology.

'It is not because Latin Americans are becoming more leftist. I don't think there's any evidence to support that. It is more of a rejectionist trend than anything else... people looking for an alternative,' Shifter told AFP.

For instance, in Brazil, while Lula was credited for lifting around 30 million Brazilians out of poverty, Bolsonaro was severely blamed for the destruction of the Amazon forest and his poor handling of the pandemic, which had resulted in a Covid-19 death toll of around 6,85,000, the second highest in the world. Change was bound to happen there.

What does it mean for India?

Diplomats observe the resurgent pink tide as good news for India, a democracy that holds certain goodwill in the region. The continent has always been quite receptive to India's policies and partnerships.

Specifically speaking, among the Latin American countries, Colombia remains India's fourth largest trading partner. For many years, it has been the third largest destination of India's exports to Latin America, ahead of Argentina.

As per the data by the Ministry of Commerce and Industry, India's exports to Brazil are more than the exports to Japan (2021-22). Our information technology sector has also seen a vast expansion in Latin America; Indian companies have been welcomed to set up software centres in the region.

Hence, considering the shift in waves and the Chinese jockeying for influence in Latin America, it is imperative for India to keep the region a priority.

Will the wave last?

Unlike the first pink tide, the current one seems a lot more pragmatic than populist.

Anyway, it can only be said that the survival of the new era will be dependent on what the left governments plan to achieve and how much the leaders deliver on their promises. If not, history is likely to repeat itself yet again.

Christine Amour-Levar: An adventurous lady with a kaleidoscope

Advent of foreign universities in India