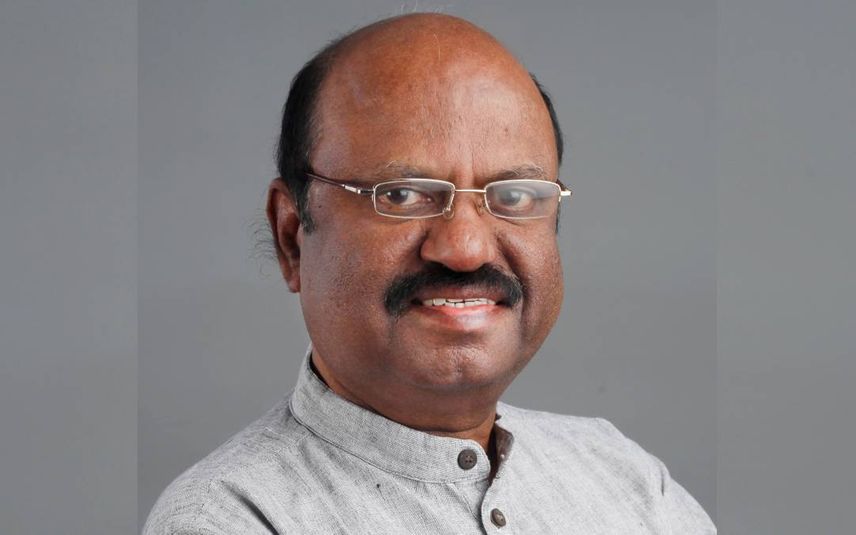 Is India emerging as a favourite destination for global investors? An emphatic yes is the answer. Shaking off its initial sluggishness, India has fast-forwarded its pace on the investment highway. The proverbial hare and tortoise story seems to have taken a new twist where India has proved to be the new generation tortoise stealing the show with effortless ease.

There is a pertinent question, why should an investor come to India? Why not China? The wall street journal answers this question with analytical insight. It says that India was lagging behind China in creating an investment-friendly ecosystem. But India closed the gap very fast. The Government raised the ceiling on Foreign investment in private banks. India also abolished foreign limits on oil exploration. India reduced the restrictions on marketing companies. The portfolio managers appreciate the fact that India is a much more attractive stock market destination for foreign investors compared to China. The Prime Minister of India, Sri Narendra Modi, has proudly proclaimed at the invest India conference in Canada “with its vibrant democracy, political stability and business-friendly policies, India offers an unparalleled investment destination for foreign investors. We are proactively monetizing assets across sectors- airports, highways, railways, power transmission lines."

Realizing the importance of Foreign Direct Investment in the economic upswing of the nation, India has taken giant strides in liberalizing its FDI policy. UNCTAD is on record that the FDI inflow into India reached an all-time high in 2020. Govt of India has revealed that we received 83.7 billion U.S Dollars as FDI in 2021. India is ranked fifth among the top 20 FDI host countries. India is the largest host in the sub-region. India receives 70 to 80 per cent of the inflowing FDI into this region.

India achieved this because we could shake off the hamlet syndrome ‘ to be or not be ‘.The nation realized that we want action, not an alibi for inaction. Here is the profile of India’s initiatives in creating a new architecture for the FDI regime.

India relaxed its administrative regulations for foreign investors. India lifted the requirement for approval by the Reserve Bank of India, and of course, under certain conditions.

And what is the result? India is now on the list of the 10 most improved economies for the third year in a row. Global Investors focus on India because of its perceptible stability in inflation, fiscal deficit, and growth.No wonder World Bank improved India’s ranking in its ease of business report 2020. India went up by 14 positions from 77th to 63rd.

Saudi Gazette has evaluated India as a preferred investment destination. Why should India be preferred? If the discerning investors prefer India, there must be a reason for that. The main reason is India’s inner strength and resilience.

What are the strong points in favour of investing in India by Foreign Direct investors?

The strength of our democracy ensures political stability. Administrative machinery is well oiled and fighting fit. The old misconception that the Indian Bureaucracy does not deliver is gone with the wind. Particularly in the light of e-governance and the digital revolution.An independent judiciary which ensures justice and the rule of law.

India is a sub-continent much bigger than many of the European nations put together. This vastness makes India a rich repository of varied resources. It is also a vast market for any product. The purchasing power of the country is immense. These factors will certainly attract any investor. The skilled and semi-skilled workforce in India is a great human resource. Labour is cheap, which reduces the cost of production and increases competitiveness. No multinational can lose sight of the fact that Indian manufacturing hubs have easy access to key manufacturing sites and key suppliers. This makes the development cost substantially low. Export to high-growth emerging markets is also facilitated. Transparency International has given corporates top ranking in transparency and compliance. This is extremely important in the globalized scenario.

Why this swift and perceptible improvement in ease of business in India?

India can see what others do not see and hear what others do not hear. Because India is not doctrinaire in its approach to business. India is practical and values its reality checks. There is no denying the fact that infrastructure forms the cornerstone of the development arch. India has made giant strides in Infrastructure development. Finance Minister Nirmala Sitharaman has introduced the National Infrastructure Pipeline in order to attract investment infrastructure. It is crucial to attaining the target of a 5 trillion economy by 2025. Sectors such as Energy, Roads, Urban and Railways amount to around 71 per cent of this package.

The proof of the pudding is in the eating. If India has improved its position as a favoured destination, it is because of the tangible results demonstrated in the field. Let the international organizations bear testimony to the concrete progress India has demonstrated. As per World Intellectual Property Organization, India ranks number 1 in the Central and Southern Asia Region in the Global Innovative index. It improved its rank by two positions at the global level. In the world competitive index also India has fast-forwarded its position(37th rank ). India rank 3rd amongst the Lower Middle-income economy group. India is slated to be the third largest economy in the world by 2030. As per the Lloyd Register, India and China will be the largest manufacturing hubs of the world by 2030. As per Baker Mc Kenzie report in the next five years, India to have greater economic influence across the Asia – Pacific Region.

Covid has forced many corporates to shift their investment to new geographies and destinations. India is seized of the matter and has made elaborate arrangements in the policy, legislative and administrative sectors to make a difference and make it happen.

India knows best to be forewarned is to be forearmed. We have put in place appropriate governance mechanisms and delivery systems to boost investment.
An empowered Committee of Secretaries has already been set up to see that investment proposals are processed and put into action without delay bureaucratic rigmarole. Earlier Indian Governmental system was rule-based. Now it is being transformed into a role-based. Governmental functionaries have to produce a result. Or else they will be shown the exit door, The Prime Minister himself is heading the Mission karma yogi, which is meant to transform the Governmental Rajabhogis into Karmmayogis. Earlier the bureaucratic heads of public undertakings were called public undertakers. It was said Government cannot solve any problem because the government is the problem About the Indian Civil Service it was said that they were taught two golden rules:

An ICS officer is always right

When an ICS officer goes wrong rule 1 will apply

Those days are gone. The empowered committee of Secretaries is there to act and act swiftly and effectively in matters of investment.

To create a shelf of viable projects which will usher in a sea change in India’s economic development. Project Development Cells have been created at the Central Govt level. They will also coordinate with the state governments and make it happen. India has come of age. India means business. The road is long, the goal is far but the march is on and India will attain its goal without let or hindrance.

India’s imaginative initiatives in economic development have proved to be trailblazers. The Make in India campaign has today been transformed into a make the world drive. The Prime minister’s pet project of Athmanirbhar Abhiyaan is fast developing into a self-reliant movement, creating ripples in the whole nation.

Now the Government has launched its flagship project Performance Linked Incentive Scheme (PLI). Under this 14 important areas have been identified for focused development. A whopping outlay of 2lakh forty-four thousand six hundred and thirty-two crores has been set apart for this. This is a gold mine of opportunities for Indian investors.

India has shown its Ulysses-like determination, ”to strive, to seek, to find, and not to yield.”

(The writer is a National Policy Advisor. Based on the keynote speech delivered at the US Global Business Forum at Los Angeles on 25 July 2022)

Never been a better time to invest in India: Narendra Modi