It is again that time when everybody is gazing into crystal balls to figure out what is in store for us in the year ahead. Dark clouds of the pandemic have not dissipated yet and the global economy looks fragile, but a silver lining has been the world of technology, which has made giant strides in the last couple of years. From churning out a vaccine in record time to clean energy, artificial intelligence and robotics, new developments have made an impactful presence in our world already.

In short, the future is here already.

Just look at our daily routine now. In the morning, we check our messages and read up on the news on our phones, go for a walk while our watches tally the calories we burn, maybe order breakfast over the phone before we head to work on our electric bikes. On the way, we may use Google Maps to locate a shop and do some chores before we get to the office and switch on the computer. And the day will continue in a similar pattern of us jumping from one screen to another for work and pleasure.

If you do any of these routines regularly, you already have a glimpse of what is coming. However, not all predictions about a more tech-driven lifestyle may materialize soon. Driverless cars seem to be stuck in a rut, while Mark Zuckerberg's enthusiasm for a metaverse has not caught on. Getting a human-like robot to clean and cook looks as distant as mining the moon or colonizing Mars.

Electric vehicles
Yet, technological changes will continue to shape our lives, and it is already happening. Just see how many vehicles with green number plates are on our roads now. The push for clean energy is gaining speed, and more companies are entering the market to sell electric cars and bikes. 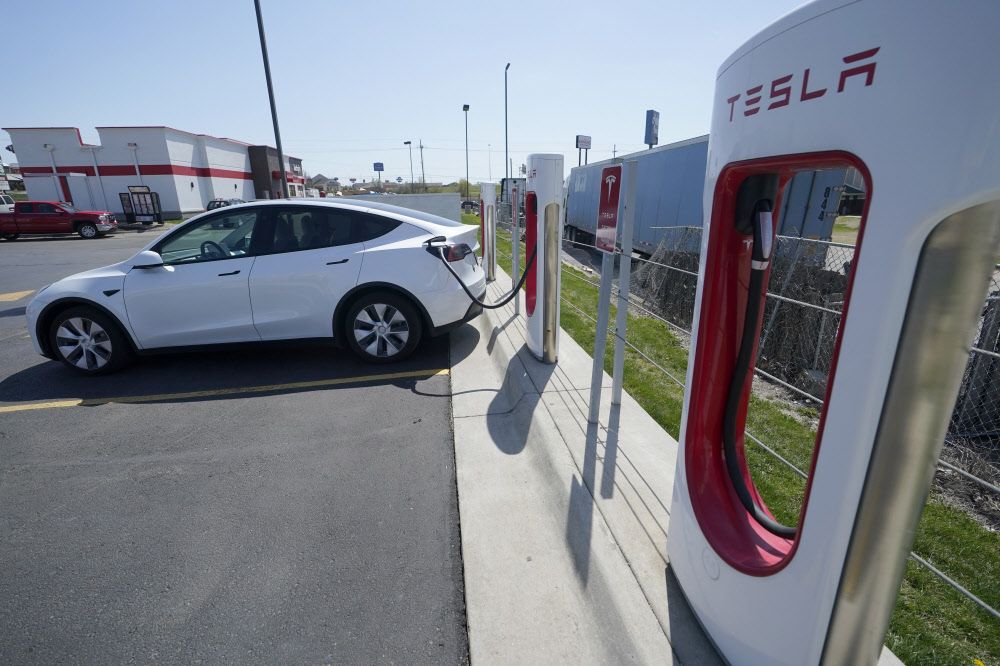 In India, established players like Mahindra have announced plans for mega factories, while on the global stage, Japanese auto giants are elbowing into that space. Even the world's biggest oil exporter, Saudi Arabia, says that at least 30% of cars in its capital will be electric by 2030.

A cool vehicle to lookout for is the one planned by Honda and Sony. Apparently, Sony, the makers of PlayStation, aims to provide all-around entertainment to passengers in the planned vehicles, which are to hit the market by 2025.

Robots to the rescue
Another sector that is making rapid progress is robotics. From making dosas to delicate surgeries, robots are getting into action in several fields. In Kerala, Genrobotics showed how machines can lift manual drainage workers from the pits while non-invasive surgeries have become common in speciality hospitals. Production plants to household work will see the use of robotic devices sooner or later as supply of labour dwindles, especially in a place like Kerala.

Even the factory of the world, China, will depend on robots to keep its assembly lines and hospitals going as the working-age population shrinks due to a falling birth rate. According to one estimate, China will have between 3.2 million and 4.2 million industrial robots working on production lines by 2030, up from around 1 million currently. In the United States, meanwhile, sophisticated robots are being deployed by Amazon to pack goods. The company aims to use them to 'stow and retrieve individual items, move packaged boxes into carts for shipment and pilot those carts to waiting trucks - labour now handled mostly by people', a Bloomberg report said in December.

Healthy trends
The pandemic years saw technology come to the fore in the health sector through mRNA vaccines and telemedicine, and the trend continues. Handy, portable gadgets to diagnose diseases are now available, such as a toothbrush-like device developed by Kerala's Sascan Meditech to detect oral cancer, while Bangalore-based Niramai has brought out a device that scans breasts like a camera with thermal imaging to detect cancer. 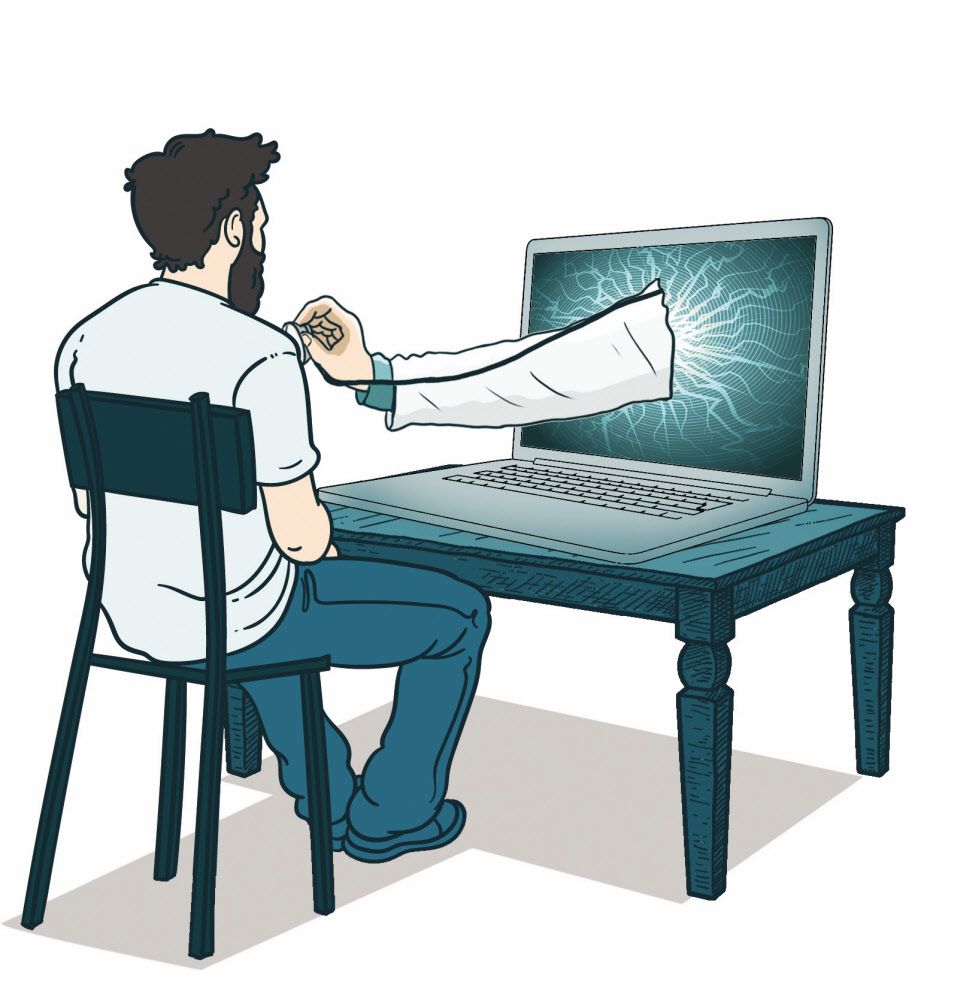 The portability of such devices will help bring healthcare to remote regions. Genomics is also finding cures for untreatable diseases, while its use in agriculture will bring us more nutritious and sturdy produce, despite the unease of scientists 'playing God' and similar ethical controversies.

Artificial Intelligence
But nothing is going to change our world faster and in a far-reaching manner than artificial intelligence (AI). The breath-taking speed at which AI is evolving has set off doomsday predictions, like machines taking over the world. Ever since Elon Musk-funded OpenAI released the large language model GPT-3 in 2020, the internet buzz about the capabilities of AI has been relentless.

Soon, it became a race between tech giants like Google, Amazon, Meta, and others to develop more and more powerful AI platforms, and billions were pumped into this. Chinese firms like Baidu and Tencent are also on a similar mission.

The excitement about AI went to the stratosphere a few weeks back when OpenAI released ChatGPT, a chatbot powered by the powerful AI platform. It could churn out fiction or scientific papers on request. Some school kids have found an easy way to do their homework while experts predict it could be a 'Google killer' as such an efficient chatbot could change the way we use the internet. Instead of googling for information, we could well be asking a chatbot for the information, which will be delivered in seconds. This has prompted Google to declare a code red at its headquarters, and the company is reportedly working hard to fend off any such threats. The company too has developed powerful AI platforms but has not made them public. Microsoft, meanwhile, is angling to work with ChatGPT to enhance its search engine Bing.

While the tech giants are involved in a dogfight over this, tech experts see AI changing almost every business and scientific sector. Some of this has already happened. Ask any artist, and they will tell you how their livelihood is facing a threat as anyone can now draw pictures with the help of AI by just typing in a few words. And if you think that is the only thing such programs can do, you are mistaken. They can generate text as prose and poetry, produce videos, write computer codes, and do most of the creative work. According to some techies, soon lawyers will be able to tell the computer to write briefs for them, and accountants will run your business data through the machine and have your balance sheet done in a few seconds. Internet forums are already filled with people posting about how they are enhancing applications with AI. It's only a matter of time before it seeps into all corners of the internet.

Along with such disruption in the economic activities of people, it also raises concerns about what effect it will have on the social and political world. At a time when disinformation, misinformation and propaganda are tearing apart societies in democratic countries, the industrial-scale generation of sophisticated fake pictures, videos and dubious texts can only add to the problems.

People behind the development of such powerful AI platforms reject such concerns, saying that enough safety filters can be built into such programs to prevent such deliberate misuse. But here is the problem: guardrails can only be built around problems we can foresee. What modern technology has proved is that it takes paths that were never imagined at the beginning.

Take the case of social media like Facebook and Twitter. These were launched as tools for people to connect and bring people together, but in many societies, they ended up being used as tools to divide and spread spite. In fact, the algorithms these platforms use only drove people into echo chambers, away from seeing or hearing different viewpoints.

Even as we figure out the challenges that AI programs like GPT-3 will bring, talk has already started about the release of GPT-4, the next version from OpenAI. Those who were invited to test the beta versions are bound by a non-disclosure pact and are not revealing any details. However, they say it will be as exciting a leap as GPT-3 was.

The AI genie is already out of the bottle and the pace of technological development cannot be slowed down, so all we can do is buckle up and get ready for the ride.

It is again that time when everybody is gazing ...