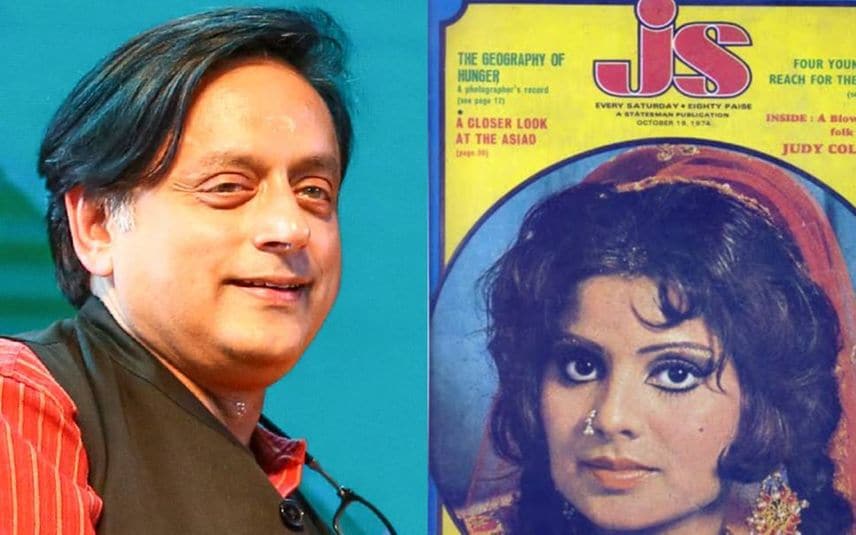 With the plethora of entertainment choices available to young Indians today, it's easy to underestimate the impact that a single magazine can have on the consciousness of a generation (of course, a largely urban, English-speaking and moderately affluent generation). In the late 1960s, there was no TV in India (except for a single black-and-white channel in Delhi, largely devoted to agricultural programming, and nothing anywhere else), computers didn't exist and Play Station wasn't even a gleam in an inventor's eye. Young people could read books or listen to music; the magazines available were by and large turgid, unimaginative masses of dense text, largely devoted to the increasingly unconvincing utterances of politicians.

And then JS appeared, with pop-art graphics, wildly kaleidoscopic illustrations, a fold-out larger-than-life blow-up of some teen icon, and articles whose sensibility alternated between Seventeen magazine and Hunter S Thompson on a (relatively) sober day.

After beginning life as the Junior Statesman, published initially as a children's magazine by the Calcutta-based Statesman newspaper, JS quickly morphed into one mainly aimed at teenagers, in which avatar it flourished from 1967 to 1977. It rapidly became the must-read 'mag' for Indian teens everywhere. The name Junior Statesman was soon reduced, in popular discourse, and then officially, to JS, and it incubated a whole brood of Indian writers who went on to make major careers for themselves - including me.

JS didn't just make space for, it created a dizzying number of Indian artists and writers. M J Akbar and I made our debuts as writers in the same issue of JS back in 1967. My first appearance in JS was exactly a week before my 11th birthday, in March 1967, when it began a six-part serialization of 'Operation Bellows', my World War II adventure. I recall the thrill of appearing in print there, and I was also excited by the payment, the princely sum of fifty rupees. We were a no-pocket-money family, so to earn my own money for the first time from my writing made me indescribably proud. I remember I took my mother to a slap-up lunch at the Taj on the proceeds!

Writing for JS meant sharing space with the likes of editor Desmond Doig, journalist, mountaineer and dandy, who accompanied Sir Edmund Hillary part of the way up Everest, and scooped the world with his front-page despatch in The Statesman about the successful conquest of the world's tallest mountain; Dubby Bhagat, a general's son who delighted in knocking every assumption you might have had about military brats; Bhaskar 'Papa' Menon, who wrote a brilliant column called 'Bounder' and became the first JS contributor to go off to New York to work (and write) for the United Nations; Anurag Mathur, who wrote very serious short stories that didn't prefigure the hilarity of his future bestseller The Inscrutable Americans; Sunil Sethi, who reported from and on Delhi with the easy sophistication later known to legions of television viewers; or C Y Gopinath, earnest, bespectacled and erudite, an editor's and reader's favourite. And of course the remarkable Jug Suraiya himself, who in those days had to be read with dictionary in hand, since he loved words nobody else had been inclined to use in print before, and who acquired a fan following nationwide that has since grown (and grown up) with him in the columns of the Times.

And it wasn't just importing recycled PR handouts of Western celebrities. JS' eclectic subject matter was similarly nurturing of desi talent. The singer-actress Asha Puthli was first hyped in the pages of JS; so were tabla maestro Zakir Hussein, dancer Swapna Sundari, cineaste Shyam Benegal, and the model-turned-beauty-queen-turned-movie-star Zeenat Aman. Simi Garewal wrote an advice column; Raghu Rai and Sondeep Shankar took pictures of everything; the wonderfully-named sisters Papiya and TukTuk Ghosh offered witty insights into all sorts of subjects (they were so prolific that many readers suspected they were the figments of the JS' staff's fevered imaginations, until late in 2006 came the tragic news that Papiya, by then an eminent historian at Patna University, had been murdered in her home in that lawless city).

They rubbed shoulders (or at least column inches) with the likes of Jatin Das, whose paintings JS vividly depicted well before he went on to national prominence as one of our great modern artists (not to mention father of the lovely and multi-talented Nandita); actors Dev Anand and Shirley Maclaine and Diaghilev-ballet-dancer-turned-Katmandu-hotelier Boris Lissanevitch; or King Jigme Singye Wangchuk of Bhutan, who, as a teenage monarch, gave JS the exclusive scoop on his coronation (accompanied by the lush photography which JS was known for and which was not yet widely practised in the country outside the somewhat stodgy pages of the Illustrated Weekly of India).

JS was 'bold' in giving prominence to people who challenged prevailing social norms, like the unconventional performers ProtimaBedi and Asha Puthli or a Sonagachi prostitute named Rekha, but it mainly provided a platform to homegrown creative talent that wasn't necessarily rebellious - the crooner Usha Iyer, the rock star Biddu Appiah (''the Lone Trojan'), the gifted actor Kabir Bedi, the ghazal singer Ajit Singh, all first came to national attention through the magazine. JS spoke to a certain urban educated cultural sensibility that was, in a sense, Westernised, but it was shaping a distinctly Indian cosmopolitanism.

As Dubby Bhagat, a star of the founding team, recalled: 'We wrote about science, we wrote about Mother Teresa, we wrote about Sir Edmund Hillary, adventure in Africa, the great outdoors, everything under the sun. That is where the magazine's intellectual and physical sustenance came from: variety and a constant search for newness. For example, in my field, which was music, we would review the very latest from the West. We were the first in India to put the then ground-breaking Beatles' Sgt Pepper's on the cover and review it extensively. We got opinions from authorities in America and England and India. Among other things, we looked at the whole big band thing that had come in. And when flower power arrived, we were there writing about it.'

Nostalgia is a middle-aged affliction; it attaches importance to the memory of experiences that mean little to the majority who did not share them. So writing about JS may seem a little self-indulgent. The magazine died young, folded while still profitable by The Statesman's chief honcho C R Irani after an ego tussle with Doig. I was in the US at graduate school and utterly shocked by the decision. I remember meeting a shattered Desmond when I was home in the summer of 1977 and how hurt and bewildered he was by Mr Irani's shutting down the magazine. Desmond did not last very long after that - the death of JS broke his heart. Though I was no longer living in India and hadn't read the magazine for two years before it closed, it felt like a death in the family to me. I've never stopped lamenting its disappearance, and cherishing the many memories it left me with.

JS lasted just over a decade, and anyone leafing through a back copy today (if one can be found) is bound to find it quaint, with its dated 1960s lingo and its calibrated air of cautious rebelliousness, celebrating youthful freedom but within sensible bounds. And yet JS' achievement lay in giving a generation of young Indians the sense that they mattered; that their concerns, interests, fantasies and creative outpourings had a place in our society; and that they could, through the simple fact of the circulation of a magazine, link themselves to a network of other young Indians across the country who shared these concerns and interests. 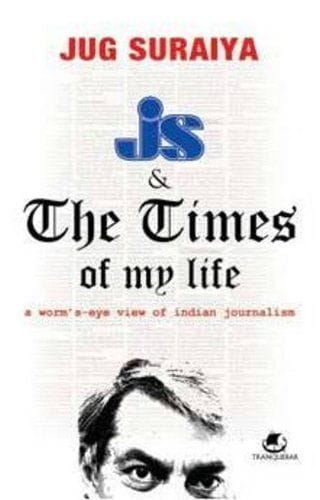 In so doing, JS expanded, for many of us, the world of the possible. Its glory days were immortalised in a delightful 2011 memoir by Jug Suraiya, a founding member of the JS journalistic team (whose initials, it was mischievously suggested, had inspired the magazine's change of moniker). His book, JS and the Times of My Life, captured much of the heady spirit of the freewheeling and path-breaking magazine that had done so much to 'invent the Indian teenager', or at least to revolutionize young urban Indians' sensibilities during a magical and transformative decade. JS, Suraiya said, invented what became a cliche: 'JS wasn't just a magazine, it was a happening.'

No one who was a teenager in India between 1967 and 1977 will need persuading about the extraordinary impact that JS had on their generation. I still meet middle-aged matrons who wax eloquently nostalgic about the magazine, including people who can quote back at me from memory things I'd forgotten I'd written.
But the last word of this elegy belongs to the late Dubby Bhagat: 'JS was Camelot. It was Shangrila. Nothing like it has ever happened since. When it was forced to close down, we all regretted the passing of that bright and shining moment-the crumbling of a dream.'

What the BJP Govt is doing to liberal democracy