HISTORY Calicut is the anglicised form of Kalikut. The Arabic for the Malayalam , Kozhikode. It is also called the Cock Fort. According to the historian, K.V Krishnan Iyer, the term means koyil (Palace) Kodu (Fortified). Anyhow, it is a historical town with a hoary past. From time immemorial,... 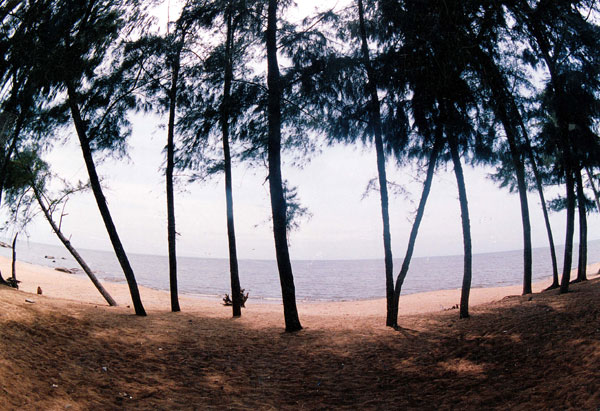 
Calicut is the anglicised form of Kalikut. The Arabic for the Malayalam , Kozhikode. It is also called the Cock Fort. According to the historian, K.V Krishnan Iyer, the term means koyil (Palace) Kodu (Fortified). Anyhow, it is a historical town with a hoary past. From time immemorial, the city attracted travellers, with its charming physical features and prosperity. Even today , the glory that was Calicut has not faded. The political history of Kozhikode is a story of treacherous and ill conceived conspiracies hatched by the Western powers. Vasco De Gama landed at Kappad in May 1498, as the leaders of a trade mission from Portugal and was received by the Zamorin himself.

The history of Kozhikode district as an administrative unit begins from January 1957. When the states of the Indian Union were reorganised on linguistic basis on 1st November, 1956, the erstwhile Malabar district was separated from Madras state (Tamil Nadu) and added to the new unilingual state of Kerala. But malabar district was found to be too uniwieldy for administrative purposes. Consequently the state government ordered the formation of three districts with certain changes in the boundaries of some of the taluks. The Kozhikode district thus came into existence on 1st Jnauary 1957,orginally consisting of five taluks, Viz, Vadakara, Koyilandy, Kozhikode, Ernad & Tirur. With the formation of malapuram district on 1st june 1969 & Wayandu on 1st November 1980, kozhikode district now consist of one revenue division , three taluks, twelve blocks, 77 panchayats and 117 villages

All the three taluks are spreaded over the three regions. The district has a coastal length of about 80 kms. The highland region accounts for 26.80 per cent and the lowland region for 15.55 per cent of the total area of the district.


The district has a humid climate with a very hot season extending from March to May. The most important rainy season is during the South West Monsoon which sets in the first week of June and extends up to September. The North-East Monsoon extends from the second half of October through November. The average annual rainfall is 3266 mm.

During December to march, practically no rain is received and from October onwards the temperature gradually increase to reach the maximum in May, which is the hottest month of the year. The highest maximum temperature recorded at Kozhikode was 39.40 C during the month of march 1975 and lowest temperature was 140 C recorded on 26th December 1975. Humidity is very high in the coastal region.

Features |
Touched by nature, Kozhikode does have its idiosyncrasies