The rampart of Kerala, which is protected by the Sahya ghats like a fort, is Palakkad. Most of the people coming from other states reach here after passing through Kunhuchuram in Valayar. This is also a window to the tourism in Kerala. The main factor that attracts the tourist to Palakkad is that, one can stay there with family and see various tourist centers within a short distance. The rivers Nila, Bhavani and Shirivani, which carry the memories of the history of a glorious culture. This is also a land of Malayalam literature with its strong heritage starting from Thunjan and Kunjan and including M.T. and O. 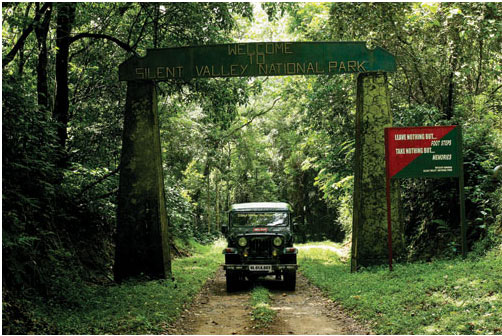 The rampart of Kerala, which is protected by the Sahya ghats like a fort, is Palakkad. Most of the people coming from other states reach here after passing through Kunhuchuram in Valayar. This is also a window to the tourism in Kerala. The main factor that attracts the tourist to Palakkad is that, one can stay there with family and see various tourist centers within a short distance.

The rivers Nila, Bhavani and Shirivani, which carry the memories of the history of a glorious culture. This is also a land of Malayalam literature with its strong heritage starting from Thunjan and Kunjan and including M.T. and O.V.Vijayan. This blessed land of natural beauty of villages, heridetary fine arts and different tastes, is a single word for hospitality. The fame of the 'kondattams' and pickles of Kalpathi agrahara and then the ramasseri idly have reached abroad. People of this land receive both the regular visitors and the new comers wholeheartedly. There are many things to see and know about in Palakkad. So, let us roam around.

If you go to Parambikulam, you can see the wild animals for sure. This is the santuary with the highest wild life wealth and the most bio diversity in Kerala. There are many packages which attract the tourists, like trekking, boating and camps for studying the nature. Even though located in Palakkad district, the road to this place is through Pollachi. The distance from this place to the city is 95 kilometers.

The Silent valley rain forest, a virgin forest which provides knowledge of nature to Kerala, is a camp of lion tailed monkeys. The entrance to the silent valley is at Mukkali near Mannarkad. From here the forest department will take the tourists up to Kunthi river in their vehicle. There is a watch tower and a museum in which the history of war is displayed. If you are lucky, you could see the animals like elephant and lion tailed monkeys. This place is 70 kilometers from Palakkad. 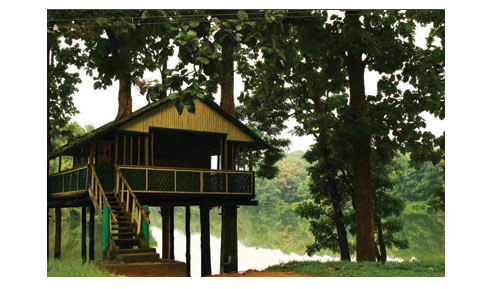 The fog, mountains, orange trees, beautiful view points, wild animals and birds have made Nelliyampati the heavenly land of Palakkad. The Pothundi lake where the ghats start to Nelliyampati is also a beautiful view. Seethaarkundu, Maampara, Meenaampara, Mattumala and Kesavanpara are the places worth seeing. The adventure lovers can go for trekking and the others can stay peacefuly in the quietness of nature. The distance from the city is 54 kilometers approximately.

There is Pattyar Bangananuv in the middle of the Shiruvani forest to halt during the night. But you will have to book in advance with the permission of the forest department. Here, you can roam around during the day time. This reservoir in the Shiruvani is the water resourse of Coimatore city. This reservoir is in the middle of the forest where you can find many wild species including elephant leopard, cheeta and hamadryad Pattyar Banganuv near the reservoir is in a secure place surrounded by a trench. The forest department itself is providing us with several trekking programmes. The distance from Palakkad is 48 kilometers.

To enjoy one full day,there are activities like cable car ride, boating, snake park and rock garden in Malampuzha which is the 'Vrindavana' of Kerala. When you come here with your children don't forget to go to the Fantasy park. The distance is only 12 kilometers from the city.
There is only 15 km to Dhoni mountains, and you can reach the Dhoni water falls after four kilometer trekking. You can reach another beautiful water falls â€“ Meenvallam â€“ by turning from Thuppanadu or Kalladikkott in the Palakkad-Mannarkad route. It is 31 km from Palakkad. The other views on the way to Nelliyampathi are Kunthipuzha dam, Mangalam dam and the Pothundi dam.

The Palakkad fort carrying the memories of history is also in Palakkad city. This fort was built in 1766 by Hyderali who was the ruler of Mysore. The Jaina temple, the remainings of the Jaina culture which was active from B.C. 3rd centaury to 8th centaury, is also within the city.

Palakkad is a hub of innumerable and interesting places like the Agraharam of Kalpaathi - a good example for the joint family, Anangan mountain at Ananganadi, Mailadumpara at Chulannoor, Chembey music village, Chittoor Gurumadham, Killikurissimangalam, where you cannot forget Kunjan Nambiar and ottam thullal, Vellinezhi village where Kathakali classes are conducted even for school level, Olappamanna, Peruvenpu Vadiya village where tabalas and maddalams are made, Poomulli Mana which was a center for knowledge and health in olden times and now become a modern tourist center.

Palakkad is also the place of festivals and cerimonies. Even though they are not as big as Thrissur pooram, the festival of festivals, the Chinakkathoor pooram and Aryankavu pooram come very near to it. Mannarkad pooram and Nenmara vela are also good. Palakkad is a favourite camp for the tourists for attending the festivals like Chittoor-Konganpada, Pariyanampatta poorams,Attapadi sivaratri, Rayiranellur malakayattam (ascending of Rayiranellur mountain), Kalpathi Rathotsavam and Manappullikkavu Vela. After the planting and harvesting, the paddy fields of Palakkad will become the arena for 'Kannutheli' (a competition of bulls); when the poorams and velas get over, there is a ceremony called 'Aanayoottu', the sumptuous feeding of elephants. The tharavadu owning the most number of the elephants is in Mangalamkunnu in Palakkad.

While travelling through Palakkad, do not forget to experience the tastes of Palakkad. Ramasseri Iddaly, Mangalamkunnu Murukku, Upperi of Alathoor, 'Vazhathandu, Thamaravalayam, and Chundakka Kondattam' of Kalppathi and so on; thus runs the variety of the diverse tastes of Palakkad. When you go away enjoying this place and relishing its tastes, you would surely say, 'I will come again'. That is the attraction of Palakkad.

Munnoor Kochi waterfalls is a feast for the eyes

History of an industry remains buried in two ponds of Maickamone

Nandadevi – serene and hypnotising peak in the Himalayas
News in Videos