As many as 107 years has gone since the train to the sky-high Neelgiri started running, blowing its whistle 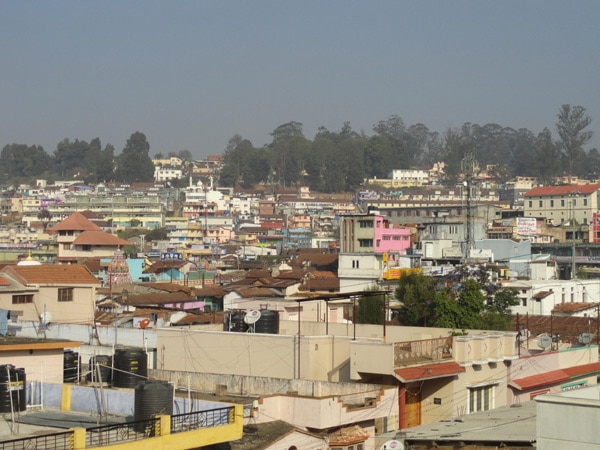 As many as 107 years has gone since the train to the sky-high Neelgiri started running, blowing its whistle. The person, who said that this train will climb all this way without any strain even after the people told him that it is impossible, is not with us now. Looking at the blue valley he would be saying that this is the train I told you about. This coal train should have a history to tell to the coming age about running over the seasons of rain, summer and winter, pushing behind the time to the past.

The ascending zigzag railroad to the hills. The mountain train reaches Coonoor even today through darkness, opening its glass windows to wonderful views. In every twelve years intervals when Strobilamthes Kumthiana (Neelakurunji) blooms, covering the hills with blue blanket, this train ran through this way whooping amusingly. When this train reaches Love Dale station of Ootty after covering one hundred and eight bends, sixteen tunnels, two hundred and fifty bridges and more obstructions, even today many people are waiting there for this train romantically. 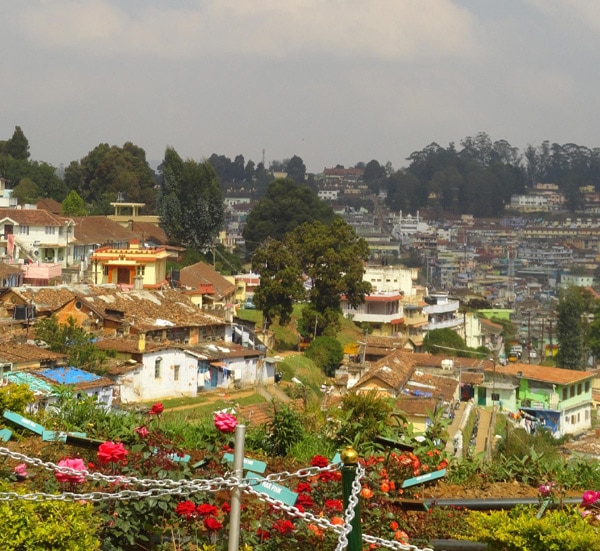 In the nerves, which are the routes of this train, even now flow the memories and the aftermath of the Europeans who lives here in the tents of winter blowing their fireplaces. The people who spent most of their life here planting tea, coffee and cinchona. Unable to go back to their country, they rest under this soil. In this English cemetery there are no body to light a candle on these graves of deserted chillness.

The train traveled searching the heart of Ootty through the carrot plantations and the huts of Thoda tribes below in the valley. Even the people of the busy streets will ask 'Why this hurry' to the train which runs on double speed on it's return journey through the city views which looked like staked match boxes. The answer may be like this 'Far away from the country of Chentamil (pure Tamil), Mettupalayam returning with the waiting guests'. 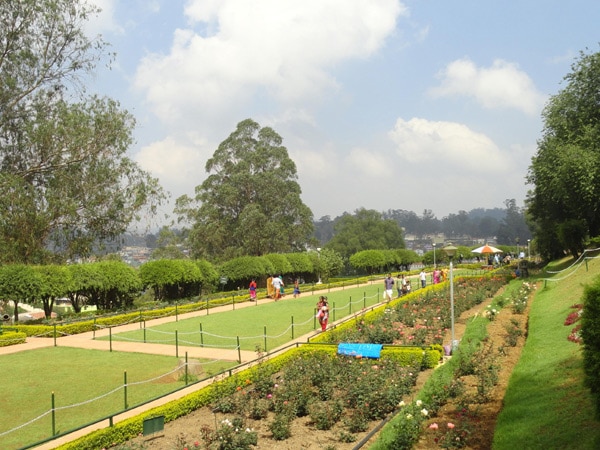 You can see a steam engine, which served this route for six decades sleeping near Coonoor station, like a witness of the past ages. Even though the enthusiasm is still within it, it is parked as if somebody has told it to take rest. Wearing the blue dress made by the ancestors it is standing there hiding the history. When the new generation who had taken over all the tasks, running in front of it, the new generation will say looking through the glass windows and pointing their fingers, 'How wonderful you are!!'

In 1947, the last passenger of this train of the East India Company said goodbye in this station. Let it be there as a gift for the Indians who had fought and won the freedom. This mountain train now named as L M R is a gift from them to Neelgiri. Likely this is one of the live monuments, which the Britishers left here. Who may be that man who had shown the path to Udagamandalam without any error? 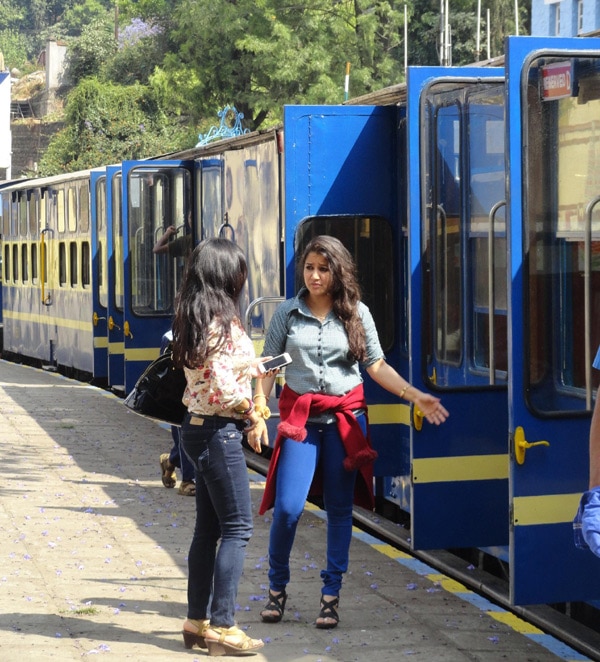 You will find all the answers to these in Madras Presidency Records. After the independence, during the journey of the first train loaded with the Indian servants of the colonial age, the authorities of the train company, Locomotive and Machine Works were still there. Even though the co-workers were left the country, even now the mechanics rush from Switzerland to repair the train if any thigh happens to it. They will say proudly 'We will never let this International tradition stop. We will be with you till the end'. It was in 2005 the Unesco had a journey in this train. They decided without any thinking. This should be listed in the World tradition. Soon the declaration came. Like Niagara water falls. Like the pyramids of Egypt. Today the whistling of this train is on the peak of the World Tradition among them.

An autumn season in 1882. The Swiss engineer Arther Reganbach was invited to Ootty by the British India. The need was to lay a railway track to the isolated Udagamandalam, which was the base of the Madras government. This was also a task to establish their control over a place, which is having an equivalent level of European temperature. When the engineer submitted an account book of 132000 Dollars for this railway track, the valley waited to hear the whistle of the train. 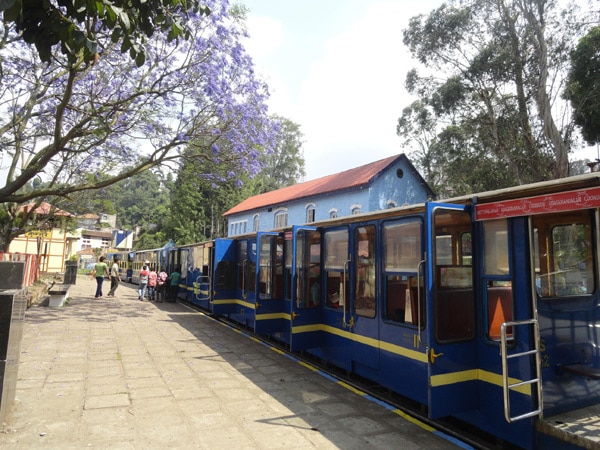 So the Neelgiri Riggy Rail Company was formed. It took more time to flourish the expectations of Neelgiri that were tied up in red tapes. With the efforts made by Sir Arther Leyly, Baran Venlok and Bailbi Leyly, the work of the rail restarted in 1881. The Mettupalatam Coonoor track was completed in eight years. In 1903 the Government took over this track from the company. Along with this, the track from Coonoor to Udagamandalam was also became a reality. At that time this railway was under the control of Madras Railway Company. Restless journeys of this mountain train started when this track was officially opened to the public by The Madras Governer Sir Arther Leyly on October 15th of 1908. Waiting for 45 years under the red tapes, eventually it became a reality.

This steam machine, which ascended to the chilly bio world, intrigued even the East India Company. All things to arrange a small English country were taken to the hilltop by this train. In the warmth of the fireplace, when night after night passed away in the bungalows, this train stood there without sleep. Horse jockeys, golf players and soldiers were became the passengers in small bogies of this train. When the Jackpot became the craze of the natives of the cold countries, first class jockeys, ponies and horses were brought to this place in this train. The visit of Governor to the hill in the first class bogie, seeking the natural air conditioner during the summer, when the flowers blossom, is still in the memories of the natives. Before the military comes, the guns, canons and other weapons were brought here in this train. 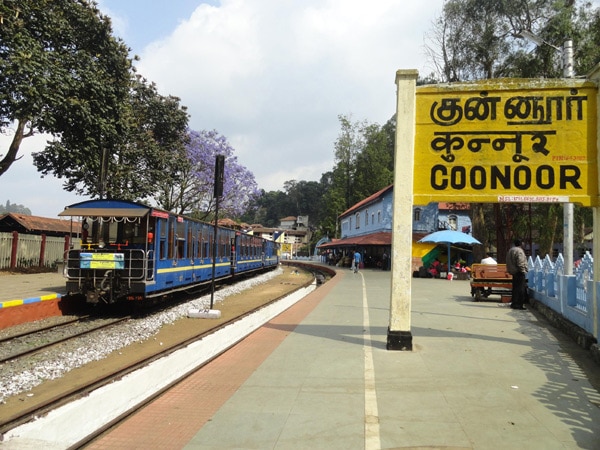 The speed of the train between Mettupalayam and Udagamandalam is 30 km/hr in some places and 13/ km/hr in other places. It will take 4.5 hrs to cover the ghat area of 26 kilometers. The constructions made by cutting the rocks may be a wonder during the journey. There were not many busy passengers in this fog-covered path, which was by heart to them. Everybody is after the natural beauty of the Neelgiri. There are people who had booked tickets even before six months. Also there are guests from Korea and Japan. Only the ambition to travel in this train at least one time, have brought these people to this chilly Ootty.

Love Dale station is seven thousand feet high from the sea level. This is of course a shore of romance, where the Neelgiri make romance with the green clad valleys. You will reach the station in front of Udagamandalam after passing Coonoor, Wellington, Aravan forest and Ketty. This station has passed in front of our eyes several times in Indian cinemas. The scene sequences in the movie 'A passage to India' were developed and shot in Coonoor station. The British Broadcasting Corporation also came here in 2010, hearing the fame of the Mountain Train of Neelgiri. The documentary about this mountain train made by Hugo Smith, Nick Matingly and Tarun Bartiya had won the U.K. Royal Television Society Award in 2010. The path of this blue train was the location of Sharukh Khan's 'Dil Se' and many other movies in other languages. 'The Wellington Station' in which the story of Indian army was told, was also one among the amazing creations in the celluloid. 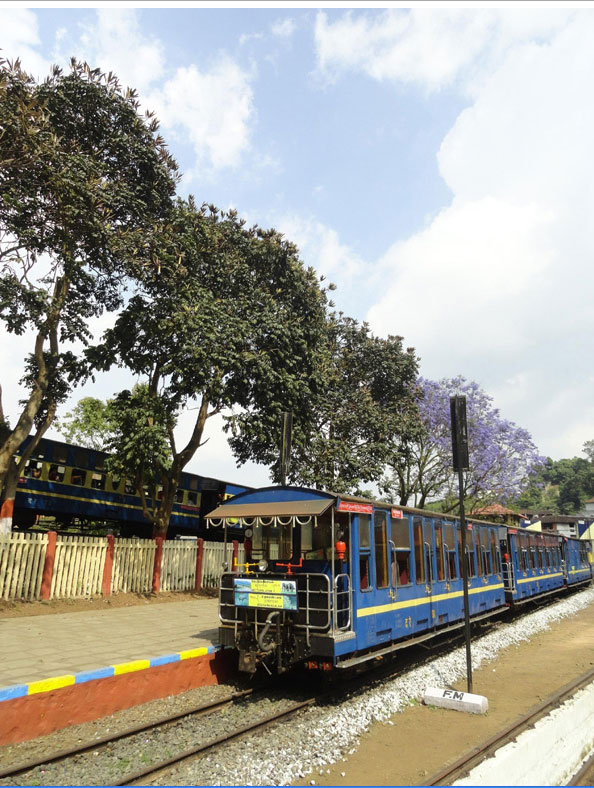 The country of Thoda tribes who make their houses like umbrellas is among the boundaries of the valleys where the Neelakurunji blossoms. This was the first picture of the place called Udagamandalam, which was introduced to the British Governor John Sullivan. Before that in 1603 the first man reached Neelgiri was a priest named Jackom Forikko. Later, in 1812 surveyors William Key and Mc Mohan came here. Reading their report, John Sullivan, who came to Kothagiri, wrote to Thomas Manro like this 'This beautiful shores are equivalent Switzerland'. Beautiful than any country in Europe. Here the winter is heavenly.

So a bungalow was constructed in Dimbatty. That was the first mansion of modern Ootty. From 1832 Udagamandalam was used as the summer base of the Madras Presidency. Sullivan the town planer was converting the Ootty city to a flower garden by planting cinchona, tea and eucalypts. So the heavenly land donated by the Thodas became a camp of Europeans. Not only the racing horses and games but the English vegetables also reached the city. In the soil where only the wild tuber was grown, the English vegetables like potatoes and carrot were planted. They also started hunting in the forest with the help of the King of Mysore. Among these memories today the mountain train is also running. 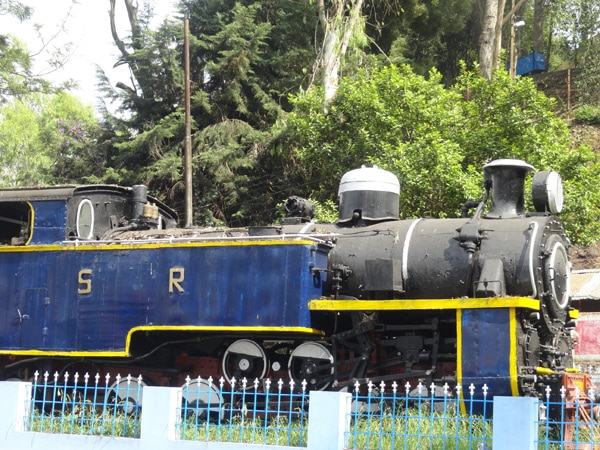 The country of flower queens, the world famous rose garden. It is not a wonder that the next generations of Sullivan use to come here from Europe during the flower season in the month of May. When the call from this country reaches miles away, also this warmth should be written in the history book of Ootty in the future.

When we hear Ootty, we will have a chilly feeling. Nowadays the coolness of Ootty is slowly backing out. In the small matchbox like tents below the high peaks, the heat started coming in. Once in three days the drinking water is brought here in vehicles in summer season. Increase of population and exploitation of water is changing the address of Udagamandalam. As per the Kaneshmari count in 2011, the population of Ootty is 88,430. 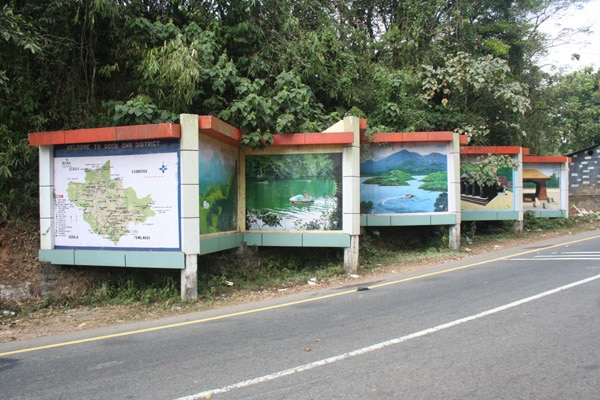 When more than eight times of the people and their mansions are accused for the weak environment, they are accusing the weather for that. So when fear spreads over in every rainy seism we will think that for how long this city will exist. When they get 1400 ml rain continuously they will keep on fighting against the time. But when the landslide comes breaking the hills, the memories of a beautiful place are buried under that. Because of these landslides the earth under the rail went away for several times. Crores of rupees are being spent every year to repair this. The greatest loss was in 2009.

They had to spend about eleven crore rupees to make the mountain train operate again in this track. When about two lakh people come here every year to travel in this train how can they discard this mountain train? From among the two crore tourists who visit the Switzerland of India, only a few lucky tourists get chance to board this mountain train. The guides use to sooth the disappointed tourists by telling this fact. Even today Ootty gives you full of expectations. Once you go there, you will be tempted go there again. Good by to the mountain train! This traditional train is still coming down from Love Dale accompanied by Tamil breeze.

Solo woman traveller to South Africa? Put these activities on your bucket list