"I can't believe how much went wrong on my way to meeting her. I almost died. But now she is the reason why it means even more than it did before. Still, there is no escaping the fear," Williams said in the documentary 'Being Serena'. 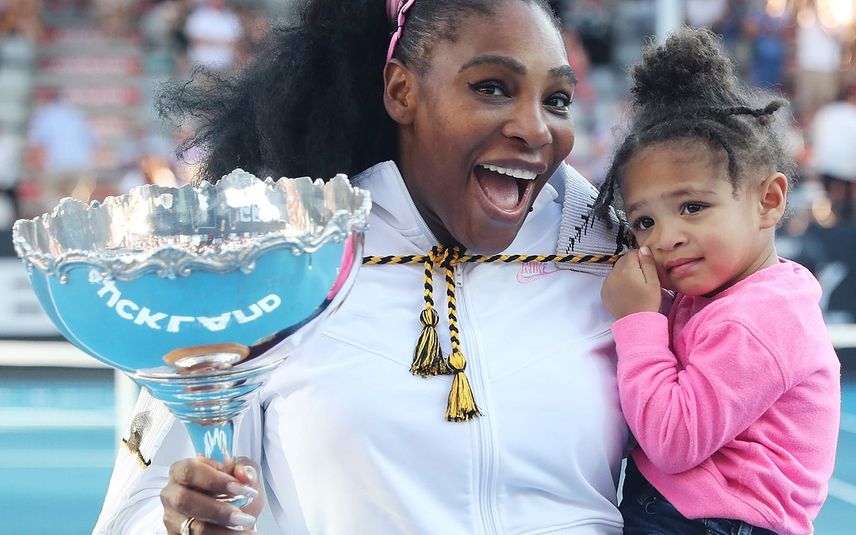 New Delhi: Twenty three-time Grand Slam champion Serena Williams has opened up about the time before her daughter's birth and how she feared she might not return to the tennis court post her delivery.

In April 2017 after winning the Australia Open title, Williams had revealed she was 20 weeks pregnant and would miss the remainder of the season, and on September 1 she gave birth to Olympia. She had a cesarean-section delivery due to a pulmonary embolism during labour. She suffered another pulmonary embolism after giving birth, leaving her bedridden for six weeks and delaying her return to training.

"I can't believe how much went wrong on my way to meeting her. I almost died. But now she is the reason why it means even more than it did before. Still, there is no escaping the fear," Williams said in the documentary 'Being Serena' streaming on Discovery Plus.

"The fear that I might not come back as strong as I was, the fear that I can't be both, the best mother and the best tennis player in the world," said the 39-year-old player.

In the documentary, the American tennis great further spoke about her journey and giving a perfect childhood to Olympia.

"We put together the baby's room before she was born. It was just one way I could try to make everything perfect. I wanted her to see the Australian Open trophy. She should know that having her in my body didn't stop me from succeeding, from winning," said Williams.

"I think it is important to have reminders of where you come from because where you come from is who you are and I didn't come from this. I come from Compton; I come from a family that had to work for everything it got and took nothing for granted. I had to worry about all kinds of things growing up, gangs, robberies, murder, gunshots right outside our door," she said. There was a lot to be afraid of. There was a lot to run away from. Ultimately that fear, it drove us forward. We have never stopped trying to win and we have never stopped trying to grow."

'Being Serena', a five-episode documentary series produced by HBO Sports and IMG's Original Content, showcases game-changing moments in her professional and personal life, tracking her pregnancy, motherhood, comeback, and more.

"Being Serena is very close to my heart -- it captured my life during some of the most unforgettable and challenging moments in a really honest way. For me, Being Serena is a tribute to all of the women who have gotten back to work -- or in my case back on the court -- after becoming a mother. I am excited that my fans in India will have a chance to see my story," she said.