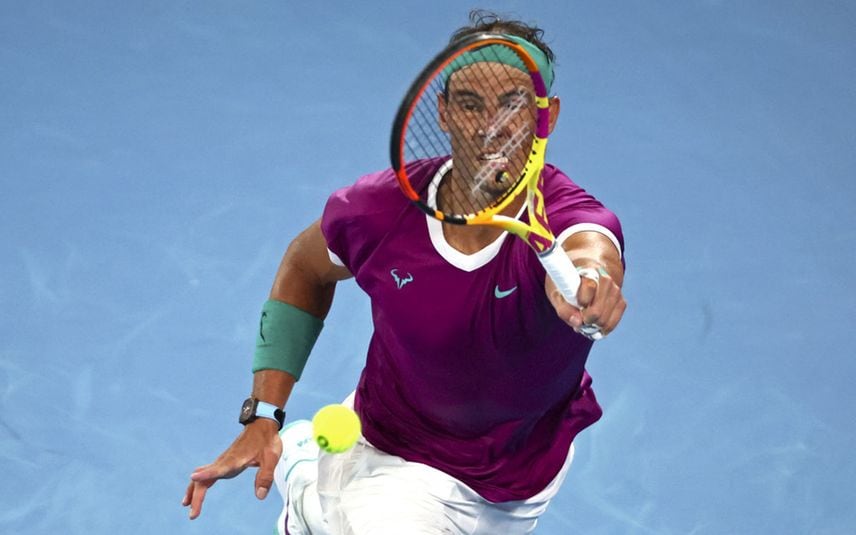 Indian Wells: Nursing a nagging foot injury, Rafael Nadal improved to 18-0 this season, edging Reilly Opelka 7-6 (3), 7-6 (5) on Wednesday in the fourth round of the BNP Paribas Open.

“I can’t say it’s a dream because I even couldn’t dream about that three months ago, two months ago,” Nadal said. “I am just enjoying every single moment.”

Last year, Nadal's playing time was interrupted by COVID-19 and injuries, creating doubt about the Spanish star's ability to recover well enough to maintain his exacting standards. But he won his record 21st Grand Slam title at the Australian Open in January and has continued on a tear.

“I am just very happy to be playing tennis,” said Nadal, who turns 36 in June. “Today was a little bit worse than other days. It’s true that the last couple of days the foot has been bothering me a little bit more.”

Nadal has already withdrawn from the Miami Open that follows Indian Wells. He wants extra time to prepare for the clay court season that isn't as punishing as hard courts.

Nadal rallied from a 2-4 deficit in the second set to lead 6-5. Opelka held after three deuces when Nadal netted a forehand chasing the American's drop shot to force the second tiebreaker.

Nadal led 4-1 in the tiebreaker when Opelka struggled on his service returns. On his serve, though, the 6-foot-11 American closed to 4-3, hitting winners on a drop shot and a forehand.

Again on his serve, Opelka closed to 6-5.

But Nadal closed it out by pulling Opelka out of the court and the American's backhand landed wide.

“It’s about trying to hit balls that you don’t take a lot of risks, but at the same time don’t allow him to go in and go for the shot,” Nadal said. “Is trying to find the right balance between these two things.”

There were no service breaks in the first set. Opelka fought off the only break point in the seventh game with a smash and forehand winner. Nadal held at love for 6-all, forcing the tiebreaker. Opelka led 3-2 with a forehand winner down the line. Nadal won the next five points, all on errors by Opelka, to take the set.

Nadal improved to 19-0 against American opponents since losing to John Isner at the 2017 Laver Cup.

Nadal, a three-time champion in the desert, advanced to the quarterfinals against wild-card Nick Kyrgios. The Australian advanced to his first ATP Tour quarterfinal since winning Washington in 2019 after 10th-seeded Jannik Sinner withdrew because of illness.

“I have more confidence in my shot, so when it comes crunch time, I feel like I can kind of trust what I want to do, trust my game," said Fritz, who reached the semifinals at Indian Wells last year.

Fritz next plays Miomir Kecmanovic of Serbia in the quarterfinals. Kecmanovic overcame 14 aces by No. 6 seed Matteo Berrettini in a 6-3, 6-7 (5), 6-4 victory.

In women's play, No. 3 Iga Swiatek routed Madison Keys 6-1, 6-0 in under an hour to reach the semifinals. Simona Halep advanced with a 6-1, 6-1 win over Petra Martic. Halep won at Indian Wells in 2015 for her biggest hardcourt title to date. AP