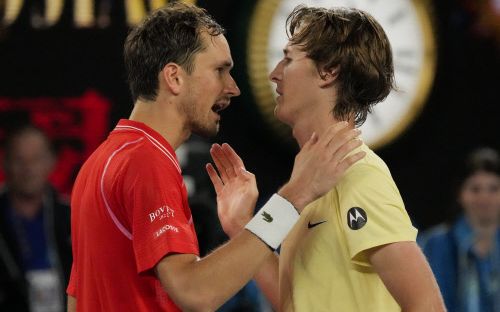 Sebastian Korda, right, of the U.S. is congratulated by Daniil Medvedev | AP

Korda is a 22-year-old from Florida who is seeded 29th. He equaled his best showing at any Grand Slam tournament by reaching the round of 16.

The No. 7-seeded Medvedev won the U.S. Open two years ago and made it to the final in Australia in 2021, when he lost to Novak Djokovic, and 2022, when he lost to Rafael Nadal after holding a two-set lead. AFP