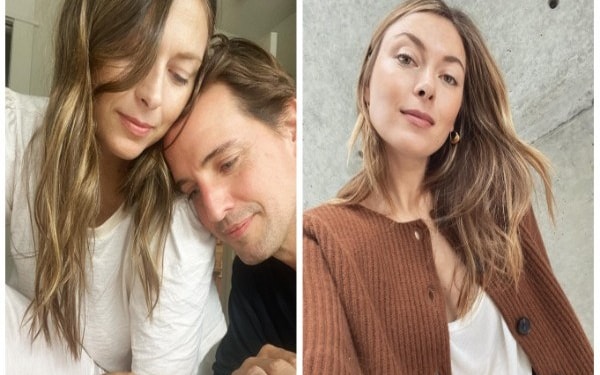 Sharapova and her fiance Alexander Gilkes have been blessed with a son.

On Thursday, Sharapova took to Instagram to share the good news with her fans and followers. She dropped a picture of the newborn along with her fiance.

"The most beautiful, challenging, and rewarding gift our little family could ask for," she captioned the post.

The baby, named Theodore, is the first child of the Russian-British couple, who got engaged in 2020 after dating for two years.

"Theodore," she wrote, adding Roman numerals to write out the date '1 July 2022,' indicating the day on which Theodore was born.

As soon as Sharapova shared the news, fans chimed into comment section to wish the couple.

"Beautiful family!!! Congrats," another one wrote.

The Russian tennis champion announced she was expecting her first child in April while celebrating her 35th birthday.

"Precious beginnings!!! Eating birthday cake for two has always been my speciality," Sharapova wrote on Instagram at the time.

For those unaware, Alexander, who was educated at Eton College and the University of Bristol, is the co-founder of venture studio Squared Circles. He was earlier married to Meghan Markle's friend Misha Nonoo in May 2012, but split in 2016, as per Page Six. (ANI)

Upset with Tendulkar, scores of Malayalee netizens regret criticism of Sharapova for not knowing him