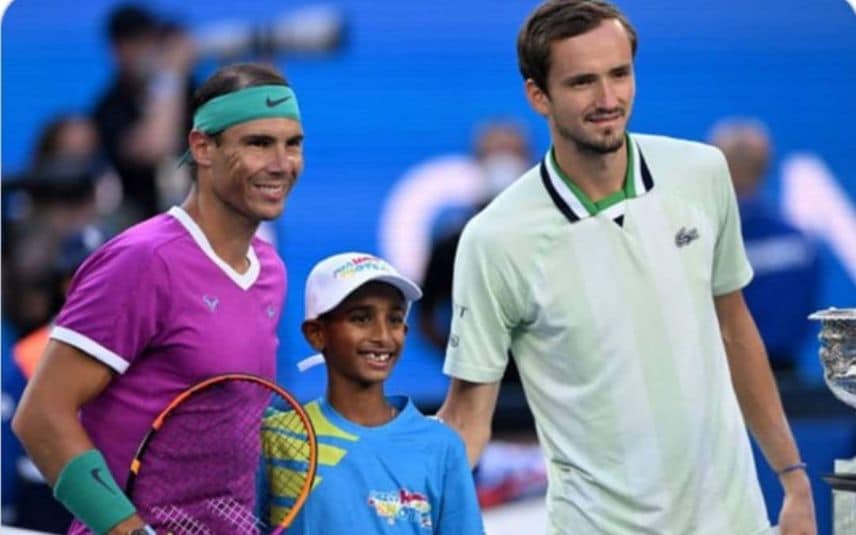 Melbourne: Before Rafael Nadal lifted his 21st grand slam in Melbourne, the live telecast of the event showed a ‘coin toss boy’ standing between Nadal and Medvedev -smiling at the camera- ready to toss the coin for the match. However, onlookers back in Kerala had the faintest idea that this boy was indeed a Malayali. Joel Roney, the 11-year-old living in Melbourne, with deep roots in Kerala, tossed the coin for the iconic final between Nadal and Medvedev.

Joel is the son of Roney George, a native of Thidanadu in Kottayam and Smitha, hailing from Edappally in Ernakulam. Joel also has a sister named Joanne. Joel is associated with the Mill Park Tennis Club in Melbourne and take part in competitions for them.

“It was a great experience in life. I was able to see the legendary stars I adore and take pictures with them. Being a part of this tournament and being here to witness Nadal write a new history makes me proud,” Joel said. Joel added that his favourite player is Australian star Nick Kyrgios.