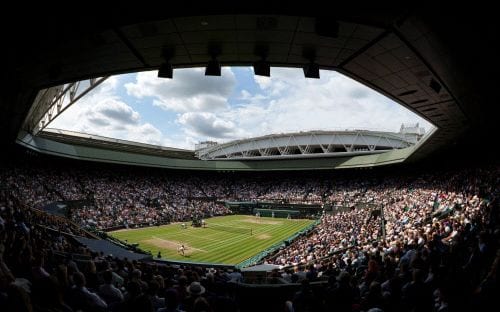 The All England Tennis Club in Wimbledon | AFP

New Delhi: The ATP has announced that there will be no ranking points involved in Wimbledon 2022 after it decided to ban Russian and Belarusian players from playing this year due to the Ukraine invasion.

"The ability for players of any nationality to enter tournaments based on merit and without discrimination is fundamental to our Tour. The decision by Wimbledon to ban Russian and Belarusian players from competing in the UK this summer undermines this principle and the integrity of the ATP Ranking system. It is also inconsistent with our Rankings agreement. Absent a change in circumstances, it is with great regret and reluctance that we see no option but to remove ATP Ranking points from Wimbledon for 2022," said an ATP statement.

Despite ATP's decision Wimbledon continues to stand by the ban. The Wimbledon ban has been widely criticized as Russian and Belarusian players are allowed to compete at other tournaments.

The International Tennis Federation (ITF) will also not grant ranking points in the junior and wheelchair events at Wimbledon starting on June 27. The WTA is yet to take a call on the same.

The decision of ATP means that world number one Novak Djokovic will lose 2,000 ranking points. (ANI)