Rise in ticket demand for Kohli's lone Test in Adelaide

Although Kohli will miss the last three matches of the Test series, he will play in the three ODIs and as many T20Is, which will precede the Tests. 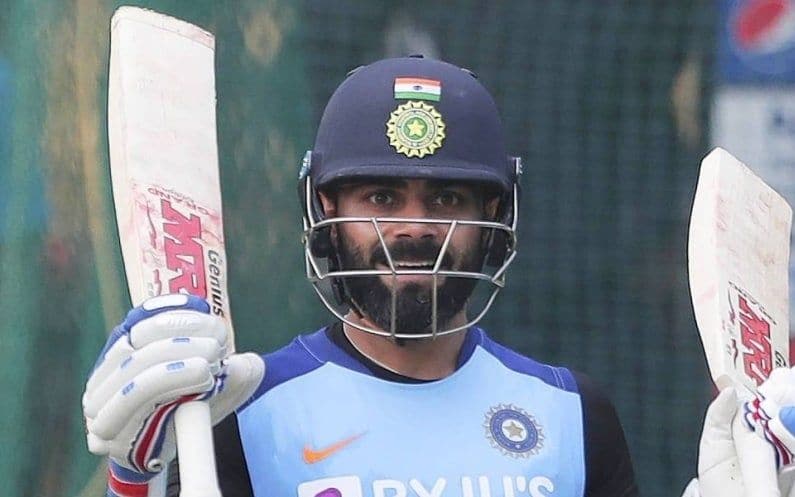 Sydney: There has been an increase in demand for tickets for December's first India-Australia Test for the Border-Gavaskar Trophy to be played at the Adelaide Oval after it was confirmed that it will be the lone Test that Indian skipper Virat Kohli will play in the four-match series.

According to Melbourne-based cafe owner Angadh Singh Oberoi, who runs the Swami Army supporter group of Indian cricket fans and will be dishing out the tickets via a ballot, the demand for tickets in the group has been particularly high for the series opener.

"There's a lot of interest in the day-night Test because we're getting inundated with requests for that. So there is certainly demand but it's whether all the logistics and ticketing can come together in time for it," Oberoi was quoted as saying by The Sydney Morning Herald.

"We've been in discussions with Cricket Australia about numbers. They seemed a little bit optimistic that it might extend beyond the 25,000 but who knows?" said Oberoi.

Oberoi acknowledged travel restrictions in Australia due to Covid pandemic.

"We've put in a request for a couple of hundred to start with, to see how that goes. Obviously, travel between states and from overseas is compromised at the moment so we're not having expectations of a few years ago where we had a few thousand each day. It's a lot different this time around," he said.

Although Kohli will miss the last three matches of the Test series, he will play in the three ODIs and as many T20Is, which will precede the Tests.

Following the pink-ball first Test, which will be played from December 17 to 21, Kohli will return to India to be with wife Anushka Sharma who is expecting their first baby in January.

A total of 27,000 spectators, which is 50 percent of the total capacity of the Adelaide Oval, will be allowed each day of the five-day first Test from Dec 17-21.

For the Boxing Day second Test, to be played at the Melbourne Cricket Ground from December 26-30, 25,000 fans for each day have been allowed by the Victorian government. For the third Test in Sydney, from January 7-11, spectators will be allowed only for 50 percent capacity of the stadium. Brisbane's Gabba, venue of the fourth and final Test from January 15-19, can host up to 30,000 fans, which is 75 percent of its total capacity.

Kolkata: Rajasthan Royals captain Sanju Samson is now the highest scorer for the team with 2,812 runs under his belt.He has overtaken Ajinkya Rahane who ..