The Rajya Sabha MP was speaking at an event organised by the Payyoli Municipality to honour her. 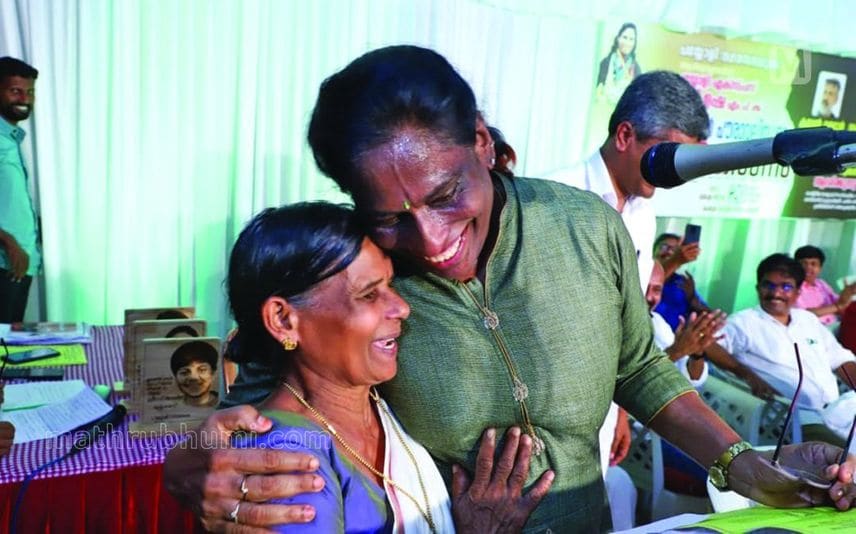 Payyoli: Every Malayali would remember Mammootty’s emotional speech in the movie ‘Kadha Parayumbol’. A similar incident happened in Payyoli when PT Usha reminisced a story of an opponent from a track event when she was a seventh-grade student. The Rajya Sabha MP was speaking at an event organised by the Payyoli Municipality to honour her.

The former athlete said she got immense support from her family but there might have been nobody to encourage Radha. If Radha had continued in sports, she would have been a great opponent, Usha said. The Rajya Sabha MP said even though she used to search for Radha, she couldn’t find her anywhere.

As she told the audience the story, a woman walked onto the stage. “Isn’t it Radha!,” Usha asked, seeing the woman on stage. Radha was in tears as Usha hugged her.

Payyoli Municipality Chairman Vadakkayil Shafeek arranged a chair for Radha on stage. She honoured Usha with a ponnada. Reacting to the incident, Radha said that it was a proud moment in her life.