Phogat landed a pair of solid right hands before taking Nou down to the ground again in the second round, where she finished in top position with strikes. 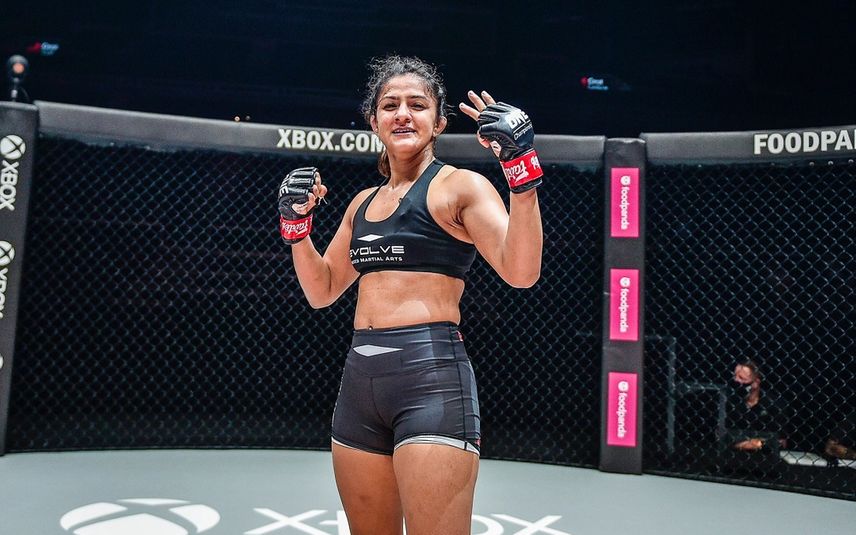 New Delhi: Ritu Phogat on Friday registered her third consecutive win of her Mixed Martial Arts (MMA) career with a technical knockout win over Cambodia's Nou Srey Pov at the ONE Championship: Inside The Matrix event at the Singapore Indoor Stadium. The referee stopped the match two minutes and thirty seconds into the second of three rounds.

Ritu's MMA record thus reads 3-0, showing little rust despite the eight-month break she had coming into the bout. The 26-year-old 2016 Commonwealth Wrestling Championship gold medallist dominated the first round, landing multiple takedowns while doing damage on the ground in a dominant position.

Phogat landed a pair of solid right hands before taking Nou down to the ground again in the second round, where she finished in top position with strikes.

"I feel ecstatic to have a hat-trick in my MMA career with this win. Moreover, the hardships and challenges that I faced during to the pandemic have indeed paid off. I feel euphoric to be taking India to a new height in the MMA space and I cannot be more proud. I now look forward to the Grand Prix where I aim to own the world championship title," Ritu said after the bout.

"I regret that I could not complete three rounds as per my plan. Ritu is too tough and much faster than me," said Srey Pov, whose record now slips to 1-2. "I feel sorry for my Cambodian fans that I couldn't deliver a victory for them. However, I promise that I'll come back stronger than before."