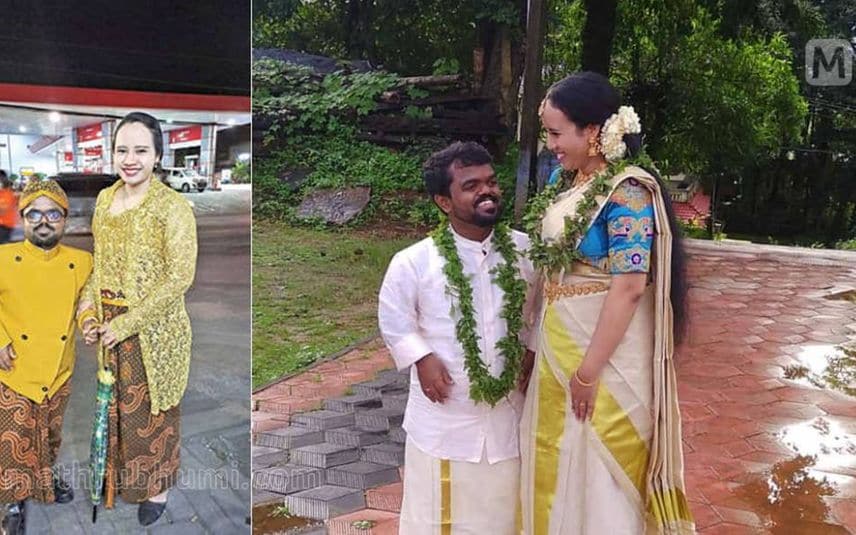 Malappuram: Olympian Akash S Madhavan (32) got married to Indonesian native Dewi Siti Sendari (26) at Thirumandhamkunnu Bhagavathi Temple in Angadippuram on Friday. Akash has won medals for the country in the World Dwarf Games held in 2013 and 2017.

Sendari and Akash met through their mutual friend Merin. They got more acquainted through social media which finally led to the wedding with blessings from both families.

Sendari, who hails from Surabaya in Indonesia, works as an accountant at a construction company in Indonesia. She is the youngest of three daughters of Suhartoyo-Siti couple. Akash runs a business selling Ayurvedic and cosmetic products in Perinthalmanna. He is the convenor of the District Sports Council in Malappuram. He also competed in the 2020 local body elections as the NDA candidate from the Melattur constituency.