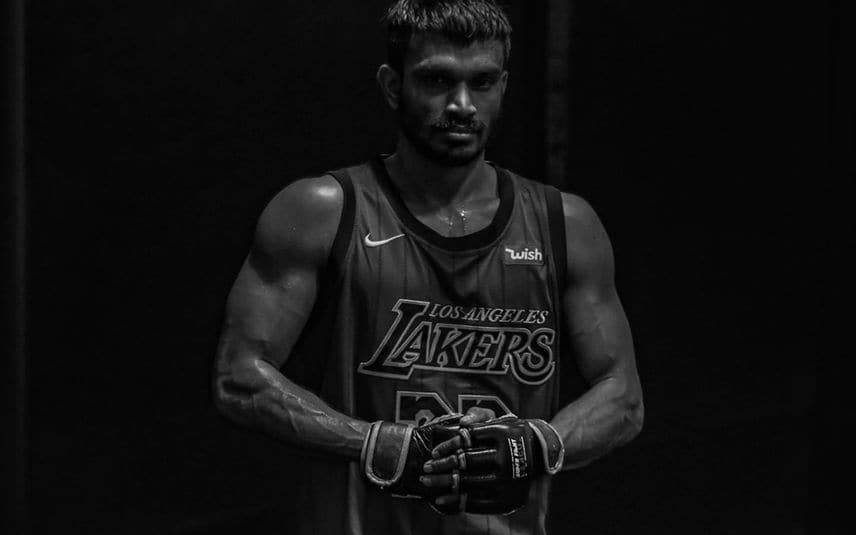 New Delhi: From selling newspapers to fund his coaching to becoming an internationally acclaimed MMA star, Nitesh's story is as inspiring as it gets.

Nitesh Yadav is a household name in the Indian MMA circuit but the journey was never smooth. Born in Uttar Pradesh, Nitesh moved to Mumbai at a very early age, thanks to the efforts of his father. The young boy, hailing from a very humble background was always fascinated by fights and hand combat. Nitesh's first exposure to martial arts came in his government school when he was in the third standard.

Fascinated by the sight of Karate classes on the ground beside his school, Nitesh wanted to be one of those kids in white uniforms and belts, throwing in the kicks and punches. But, who would fund his coaching fees? Well, as they say - when there's a will, there's a way. Young Nitesh started selling newspapers to fund his Karate classes and that's how his career took off!

Life has now come a full circle for Nitesh. The same young boy who sold newspapers to fund his own coaching is training the most famous personalities of this country. Besides being an internationally-acclaimed MMA star, Nitesh Yadav is a well-known celebrity trainer.

Irrespective of this inspirational growth in his career, Nitesh is humble and rooted in reality.

"I want to give back to the sport as much as it has given me and leave a significant mark in the MMA industry in years to come. It's really encouraging to see so many youngsters taking up the sport and helping it develop so rapidly in the country," said Nitesh.

A five-time national gold medallist in kickboxing and with a fifty per cent win record in professional bouts, Nitesh is still an active MMA player for India. He is presently recovering from an ACL injury but will soon be back in the ring in two or three months. (ANI)