Veteran India hockey goalkeeper PR Sreejesh feels his side has been drawn in an "interesting pool" for the FIH Odisha World Cup 2023 Bhubaneswar-Rourkela, scheduled to be played from January 13-29, with the likes of England and Wales adding to the excitement. 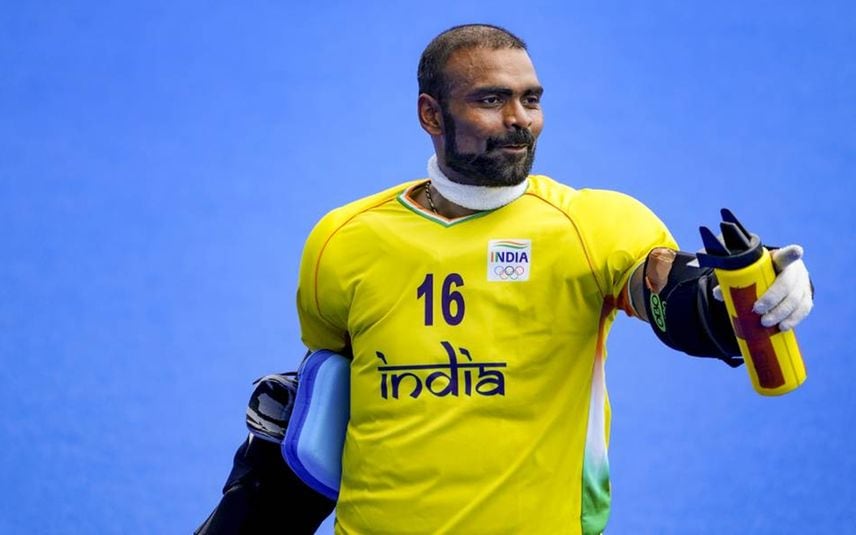 Bengaluru: Veteran India hockey goalkeeper PR Sreejesh feels his side has been drawn in an "interesting pool" for the FIH Odisha World Cup 2023 Bhubaneswar-Rourkela, scheduled to be played from January 13-29, with the likes of England and Wales adding to the excitement.

The Indian team has been drawn in Pool D with England, Spain and Wales in the showpiece event.

"It is an interesting pool. England, Spain and Wales all three are really good teams. Having played England and Wales at the Birmingham 2022 Commonwealth Games recently, I feel it will be a tough competition. But, we don't need to think about it right now. At present, it's all about us. We are going step-by-step and working on our game at the national camp. We are very excited and looking forward to playing the World Cup at home for the second consecutive time," said 34-year-old Sreejesh, who played a big role in India returning from the 2020 Tokyo Olympics with a bronze medal after four decades.

About the team's prospects in the Pro League 2022-23 matches, Sreejesh said the matches in Odisha will be like a mock test for the 2023 World Cup.

"The Pro League is the best platform for us because we get to play against some of the top teams. The upcoming matches at home will be like a mock test for us, it will help us for the real challenge which we will face in January 2023. It will also help us in providing young players the experience of playing high-level hockey. So, it's a great opportunity for us as it will sort of help us set the tempo for the World Cup," said Sreejesh a veteran of 266 international matches.

Sreejesh, who has been nominated for the FIH Men's Goalkeeper of the Year Award 2021-22, credited team effort for his nomination for the award which he won last year.

"It is an honour for me to be nominated for the FIH Goalkeeper of the Year award category. Even though I have been nominated as an individual, it wouldn't have been possible without my teammates, who have been giving their best each and every day for the team. I am privileged to have such amazing teammates and coaching staff which has helped me bring out the best of my game and helped me to take it to another level."

The experienced goalkeeper added, "Every time I get nominated for the awards, I feel I am raising the bar for myself and for the youngsters who aspire to become goalkeepers. If you want to reach this level, you have to keep working hard and strive to be better every day."

Kerala's PR Sreejesh among 12 to be awarded Khel Ratna