Indian racer Jehan Daruvala scored his sixth podium of the season in the French round of the Formula 2 championship at the Paul Ricard track here on Sunday. 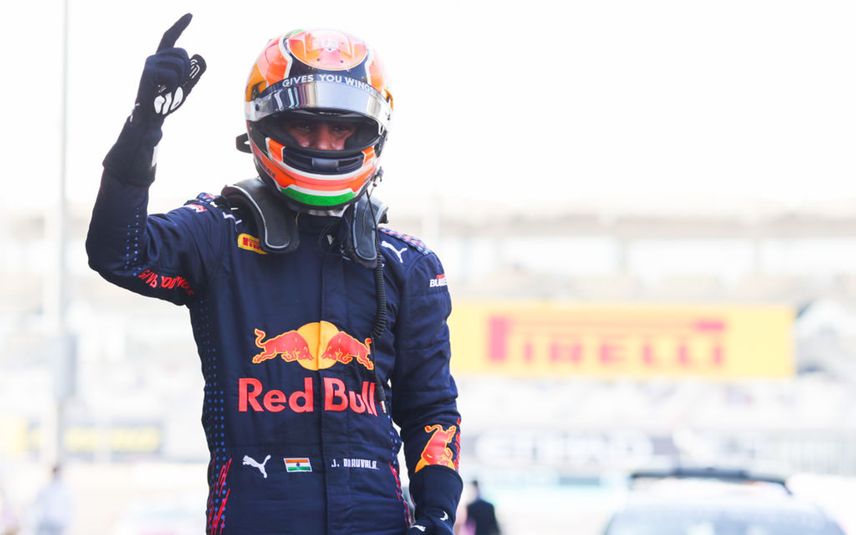 Le Castellet: Indian racer Jehan Daruvala scored his sixth podium of the season in the French round of the Formula 2 championship at the Paul Ricard track here on Sunday.

Jehan started the Feature race from 10th on the grid. But he fought his way up to seventh as a combination of strategy, which put Jehan in the lead before his stops, and blistering speed after his late switch to fresh tyres, saw him climb up the order.

Jehan said, "It's good to be back on the podium after what happened in Silverstone and Austria. We were struggling with pace down the straights but had some good battles to finish 2nd. We would have finished even higher in the Feature race with our strategy to run a long first stint but we gambled on a safety car and stayed out a bit longer than ideal. Other than that, it was a solid weekend for us. We still have some areas to work on and I'm confident we'll come back stronger next weekend in Hungary."

Jehan's second-place finish in France was his fifth this season. The 23-year-old, who races for Italian team Prema, was robbed of a potential fourth F2 victory by a post-race penalty in the last round in Austria.

The Red Bull-backed racer, who earlier this week completed a second Formula One test with McLaren, now heads to Hungary, the last round of a busy month of racing before the annual summer break.

Jehan started Saturday's Sprint race from pole position and after a lightning start led into the first corner. He was comfortably holding his own at the front when an incident involving three cars brought out the safety car.

Jehan timed the restart to perfection, allowing him to open up a small gap to second-placed Liam Lawson. But the latter's superior straight-line speed allowed him to close in.

It looked like it would only be a matter of time before Lawson used his car's superior speed down the straights to get past Jehan and sure enough the Kiwi swept around the outside into Turn 1.

Jehan held his line but the pair touched which opened up a tear on Jehan's front tyre. But he fortunately didn't suffer a puncture.

A few laps later Marcus Armstrong attempted to pass Jehan for second at the same corner but on the inside. They made contact but Jehan, forced wide across the chicane, kept his position.

He had to slow down significantly, however, to give up any advantage he may have gained, which allowed Lawson to pull clear at the front.

Armstrong was handed a five-second penalty for forcing Jehan off the track. IANS