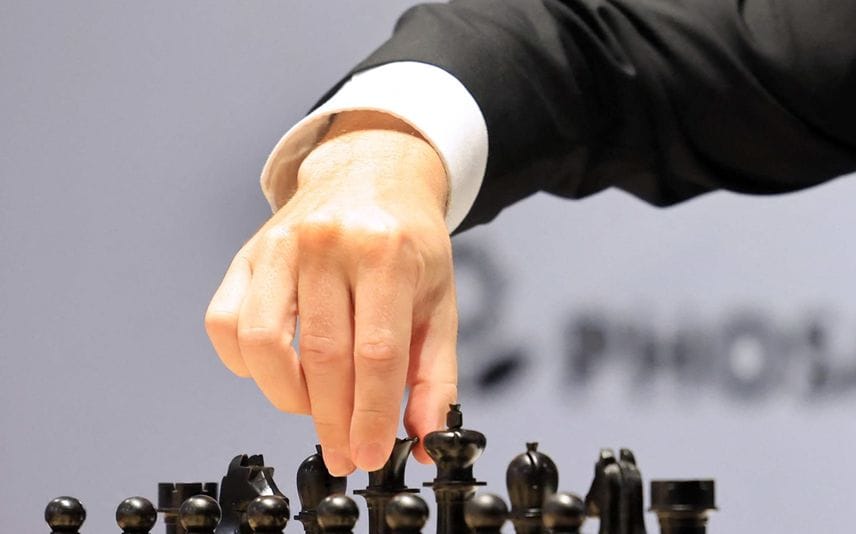 Jerusalem: Riding on wins from Vidit Gujrathi and SL Narayanan, India defeated USA 3-1 in a fifth round Pool B match to qualify for the quarterfinals of the FIDE World Team chess championship here on Tuesday.

It was India's second win in the tournament and they will now take on France in the quarterfinals on Wednesday.

Gujrathi and Narayanan scored wins against Hans Niemann and Varuzhan Akobian respectively to set up the victory.

Gujrathi downed the highly-rated Niemann in 37 moves, while Narayanan did so against Akobian in 38.

The other quarterfinal match-ups are: China vs Poland, Spain vs Azerbaijan and Ukraine vs Uzbekistan.

Earlier in the third and fourth rounds, the Indian team had mixed fortunes. While they scored a win over Azerbaijan in the third round, Uzbekistan got the better of the Indians in the next round.

Gujrathi, playing on the top board, beat higher ranked Shakhriyar Mamedyarov to star in a 2.5-1.5 win over Azerbaijan (2662) late on Monday.

Games on the other three boards were drawn. Sarin drew higher rated Teimour Radjabov, while SL Narayanan and K Sasikiran too shared honours with Gadir Guseinov and Rauf Mamedov respectively.

However, the team came a cropper against the fancied Uzbekistan in the fourth round with only Narayanan managing a draw against Shamsiddin Vokhidov in a 0.5-3.5 loss.