Kohli though considers that joy of a young India side scoring a fighting win over Australia secondary to the witnessing his first child Vamika being born. 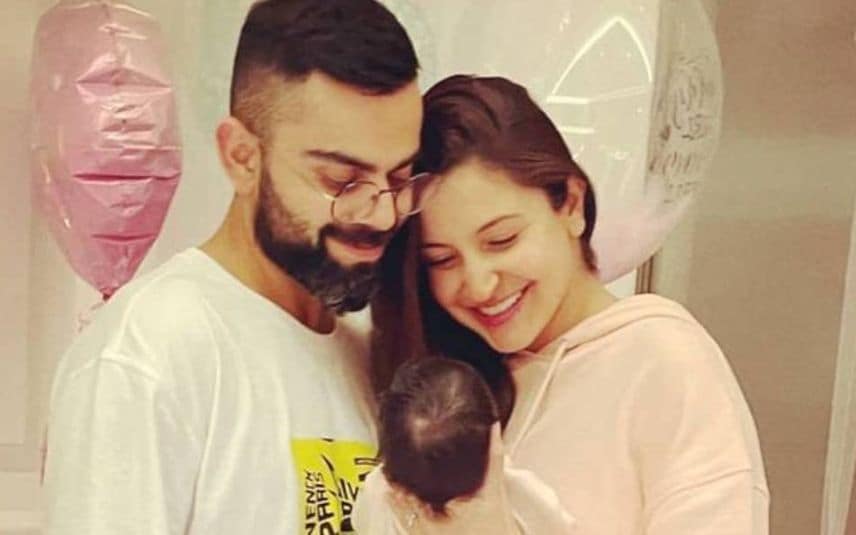 Chennai: Just before Virat Kohli and wife Anushka Sharma were called in by doctors for the delivery of their child, the regular India skipper was watching on his mobile Shardul Thakur and Washington Sundar put up a match-winning partnership against Australia in the fourth Test in Brisbane.

Kohli though considers that joy of a young India side scoring a fighting win over Australia secondary to the witnessing his first child Vamika being born.

"I don't think the two can be compared. To me, becoming a father has been and will remain the greatest moment in my life, in both our lives, and that is something that has to be experienced to understand what I am saying," Kohli told the media on Thursday.

Kohli, 32, who is ranked No.4 Test batsman by the ICC, said that the connection to the team does not go away even during a special moment like the birth of his child.

"The connection to the team does not go away in any situation especially when you have given away everything for the team, especially to the Test side for the last six years, on a daily basis. And [when] you have been motivated to take Indian cricket on top of Test cricket. The whole group put in so much effort. You are connected invariably and I was watching all the games," said Kohli before he explained how he was watching Thakur and Sundar bat.

"Even in the last Test, I really remember when Shardul and Washington were going through a partnership, I was watching it on my phone, just before we had to go in, when the doctor called us. That is how you are connected to the team. That's how much you are looking forward to the guys doing well. So happy and proud to see the whole team come back in the series like we did. Everyone deserves all the credit for what they did in Australia."

Kohli said that it doesn't matter that he wasn't part of the team.

"Whether I was part of it or not, to me it doesn't matter as much as what it matters to the Indian cricket team or the whole country. Yeah, I was very happy, very proud for all the boys, because it was purely out of determination, grit and belief they achieved what they ended up achieving."