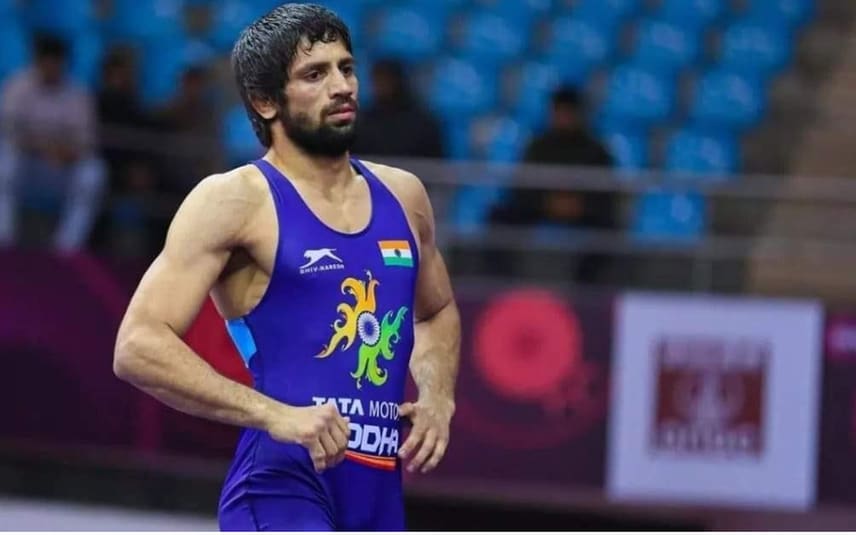 Tokyo: Indian grappler Ravi Kumar Dahiya won his opening-round bout by technical superiority against Colombia's Oscar Tigreros to secure a quarterfinal spot in the 57kg quarterfinals at the Tokyo Olympics on Wednesday.

Competing in the Round-of-16 bout against the Colombian wrestler, the 23-year-old Dahiya, who is making his Olympic debut at the Makuhari Messe Hall in Chiba, showed no nerves as he dominated the bout to win by technical superiority (13-2).

Dahiya, the reigning Asian champion and World Championships bronze medallist in his weight category, dictated the terms early on and kept Tigreros under pressure.

The Indian soon got rewarded as he executed a single-leg takedown to go 2-0 up. Tigreros, a two-time Pan American silver medallist, however, responded with a fine two-point move of his own to level up the scores.

In the closing exchanges of the first period, Dahiya went ahead again as he took a one-point lead.

In the opening exchanges of the second period, Dahiya used his nimble footwork and speed to good effect to overwhelmed the Colombian.

Dahiya will take on Bulgaria's Georgi Vangelov, who won his opening bout against Algeria's Abdelhak Kherbache by fall, in the quarterfinals.