Pride moment for every athlete in India, says Shiny Wilson on Neeraj's win 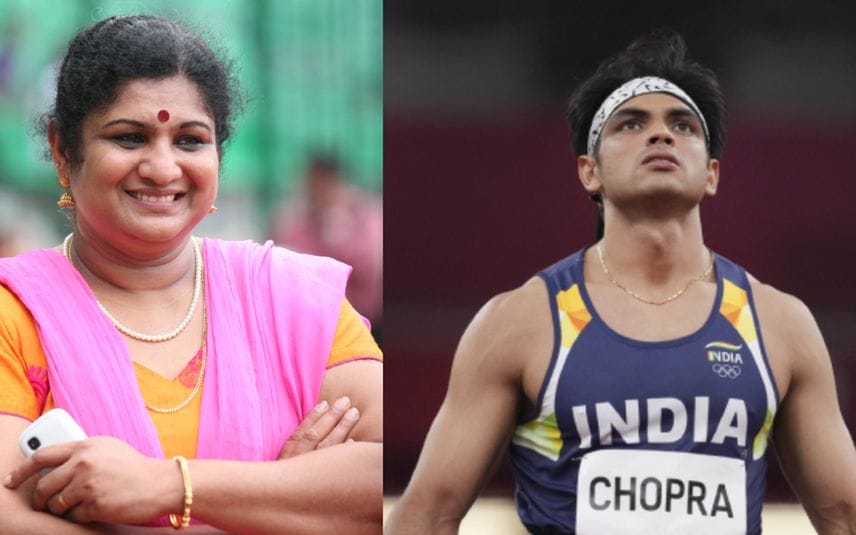 Kozhikode: Olympian Shiny Wilson, said that Neeraj Chopra'a gold medal in Javelin Throw is a pride moment for every athlete in the country.

Talking exclusively to Mathrubhumi.com she stated that she was watching his performance unfold on TV, and even watched it over the phone, with so much excitement.

"What could we say? This is a joyous moment for all of us. We were watching Sreejesh Yesterday, and now it's Neeraj Chopra. This is a special moment, " she added.

Neeraj Chopra on Saturday became only the second Indian to win an individual gold in the Olympics, out-performing the field by quite a distance to notch up the first track-and-field Games medal for the country.

The 23-year-old farmer's son from Khandra village near Panipat in Haryana produced a second round throw of 87.58m in the finals to stun the athletics world and end India's 100-year wait for a track and field medal in the Olympics.

With this, the country surpassed the previous best haul of six medal achieved in the 2012 London Games.