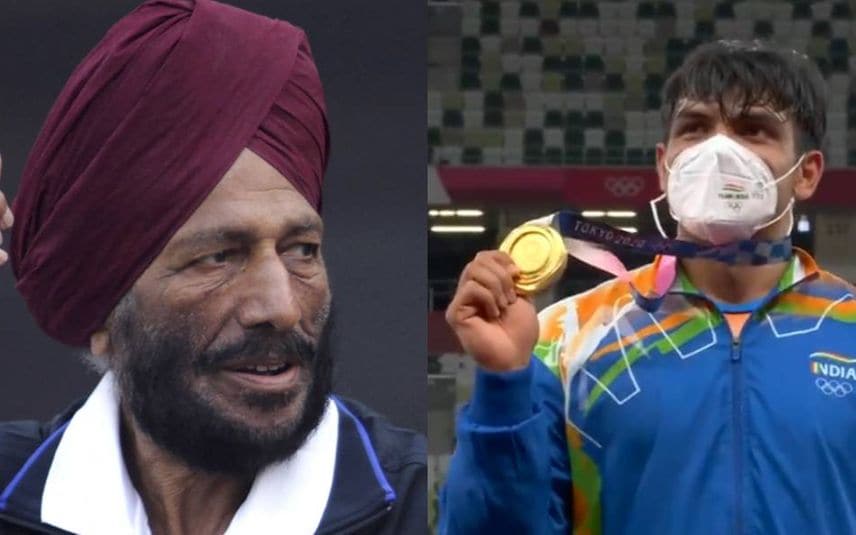 "Milkha Singh wanted to hear the national anthem in a stadium. He is no longer with us but his dream has been fulfilled," the 23-year-old javelin thrower said dedicating the achievement to the iconic sprinter, who had finished fourth in the 1960 Rome Olympics.

Milkha, 91, breathed his last in Chandigarh in June after battling COVID-19 for a month.

Chopra produced a second round throw of 87.58m in the finals at the Tokyo Games to claim the country's first track-and-field medal and become only the second Indian to win an individual gold in the Olympics.

"Dad waited so many years for this to happen. His dream has finally come true with India's first athletic gold. I am crying as I tweet this. And I am sure dad is crying up above. Thank you for making this happen," Jeev posted.

"Not only did you win us a first-ever athletics gold medal in the #OlympicGames, you even dedicated it to my father. The Milkha family is eternally grateful for this honour," he added.

The iconic sprinter, who was fondly known as the 'Flying Sikh', had often talked about his deep desire to see an Indian win a track and field Olympic medal.

At the 1984 Los Angeles Olympics, PT Usha came close to winning a medal in women's 400m hurdles but, like Milkha, finished fourth. PTI