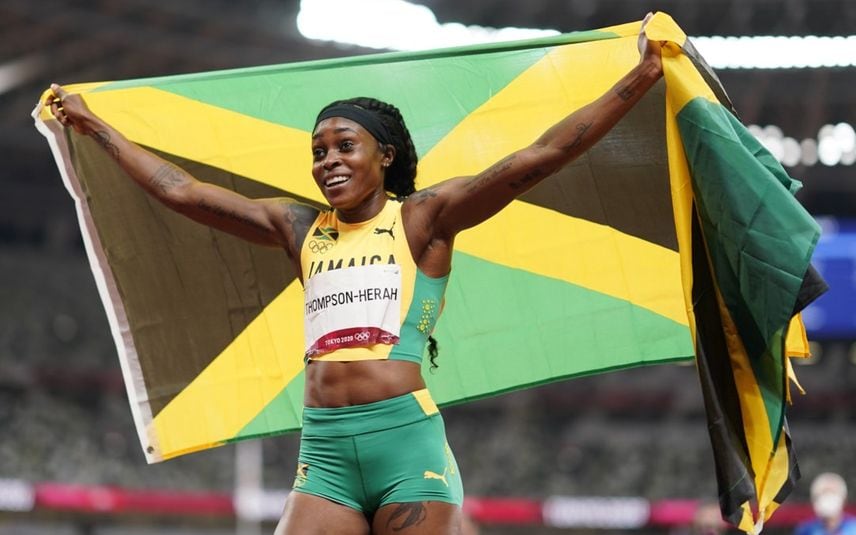 Tokyo: Jamaica's Elaine Thompson-Herah made Olympic history in Tokyo Tuesday, blazing to victory in the 200 metres to complete an unprecedented women's sprinting "double-double".

Thompson-Herah, the 2016 Olympics 100m and 200m gold medallist who successfully defended her 100m title on Saturday, bagged a record fourth individual gold after storming home in a blistering 21.53sec.

The 29-year-old Thompson-Herah's time was the second fastest in history after Florence Griffith Joyner's world record of 21.34sec set at the drug-tarnished 1988 Seoul Olympics.

As well as becoming the first woman to claim a 100m-200m "double-double", Thompson-Herah is the only female track and field athlete to win four individual Olympic golds.

Thompson-Herah got off to a blistering start, building a lead off the bend which she never relinquished as she crossed the line.

It looked as if Thomas and Jamaica's Shelly-Ann Fraser-Pryce would take the silver and bronze, but that duo were passed by a scorching finish over the final 20 metres from 18-year-old Mboma who plundered silver.

Mboma was only running the 200m because she and Namibian teammate Beatrice Masilingi, who finished sixth in 22.28sec, are barred from their preferred distance of 400m under international rules because they have heightened testosterone levels.

Under World Athletics regulations, they would have to undergo treatment to lower their testosterone if they want to compete in distances from 400m to a mile.